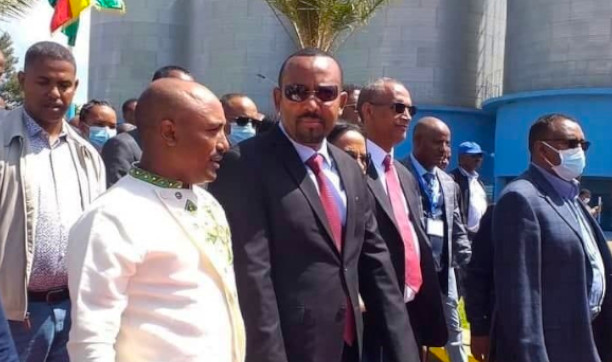 “Private sector investments in various sectors, capitalizing on resources nationally, contribute to import substitution of items we can produce domestically” the Prime Minister said on the occassion.

“The inauguration of W.A Industrial Edible Oil Complex is one such opportunity for engagement in production of basic consumer products” he added.

It is stated on the occasion that the edible oil giant has a capacity of processing over 1.5 Million Liter of oil on a daily basis.

Factory uses nigger seed, peanut seed, soya bean and sesame seed as input for the oil processing. Besides addressing the local edible oil demand, the factory is said to export sesame seed edible oil to several countries of the world.

It is to be recalled that Ethiopia inaugurated a 4.5 Billion Birr Edible Oil Giant in Bure town, Amhara region on April, 2021. The government of Ethiopia has given due attention for the agroindustry sector, and put in place directives to attract more investors to this area of investment.