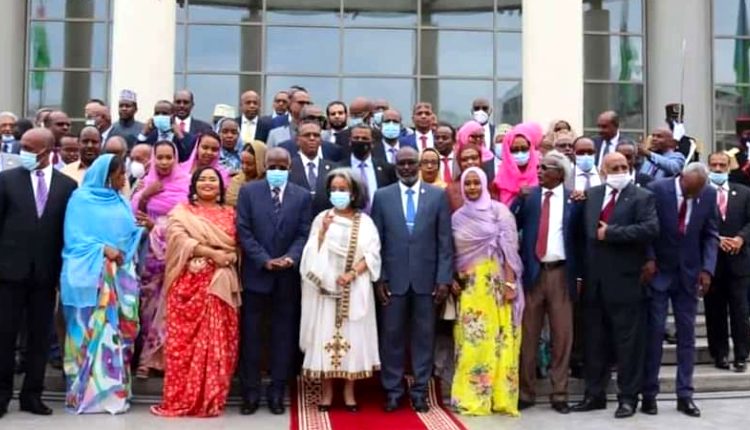 Addis Ababa, November 30, 2020 (FBC) – President Sahle-Work Zewde who is in Djibouti for a two days state visit made an appearance at the Djiboutian Parliament as a guest of honor today.

In her remarks at the Djiboutian Parliament, President Sahle-Work lauded the unique friendship between the two countries that is intertwined by blood, culture, religion and language.

The President urges the need to further make use of this huge advantage to fast track the economic integration the two countries sought to win.

The president of the Assembly, Mohammed Ali Houmed, welcoming the President to her second home where she served as an Ambassador to Djibouti for more than a decade, dubbed her a huge inspiration for African women who aspire to reach the right place they deserve.

Mohammed reiterated commitment that his country will always be on the side of the people and the government of Ethiopia in its efforts to sustain peace and achieve prosperity.

Ethiopian Ambassador to Djibouti Berhanu Tsegaye, parliamentarians, representatives of the diplomatic as well as consular corps in Djibouti, representatives of non-governmental organizations, prefects and local authorities of different regions of the country have attended the session.