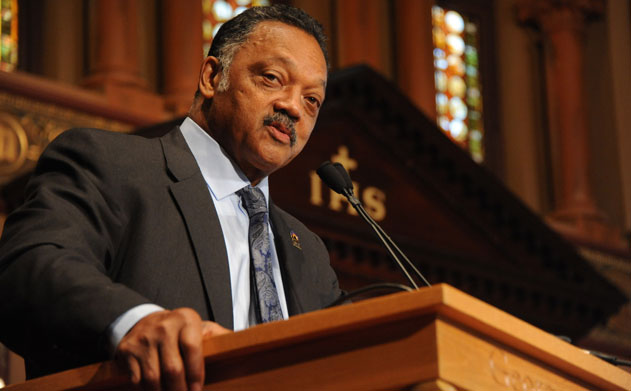 Addis Ababa, May 20, 2020 (FBC) – Rainbow Push Coalition urged the US Congressional Black Caucus to pass resolution against Egypt’s Letter to the UN Security Council, in a letter issued today.

The letter indicated Egypt’s letter to the UN Security Council pushes Ethiopia into signing a neo-colonial agreement that will make Egypt hegemony over the Nile River, according to the letter.

The letter wrote to US Congressional Black Caucus Chairperson Karen Bass signed by Founder of Rainbow Coalition and  the renowned Civil Rights Advocate Rev. Jesse L. Jackson, Sr. and its Chairman William D. Dickerson said Egypt’s claim is inexplicable for 85% of the waters of the Nile River originate from Ethiopia.

The source of Ethio-Egypt dispute is a colonial legacy that Egypt is trying to hang on to, the letter said.

The 1959 agreement between Egypt and an independent Sudan, like the 1929 Anglo-Egyptian Treaty, did not make any allowance for the water needs of the other riparian states, including Ethiopia whose highlands supply more than 80 percent of the water that flows into the Nile River, according to the letter.

One of the requests Egypt included in its letter to the UN is to stop Ethiopia from filling the reservoir for the Grand Ethiopian Renaissance Dam adding this is a brazen reflection of Egypt’s hegemonic attitude, the letter indicated.

The letter recalled that Egypt did not seek nor receive concurrences from Ethiopia which contributes 85% of the Nile Waters.

The letter indicated that I Ethiopia has done everything in accordance with international water laws.

Ethiopia has neither authorized nor consented to the US or the World Bank to formulate or prepare legal text, it said.

If our government and the World Bank have formulated the claimed “agreement” then it was done in flagrant violation of their duty as observers, the letter reads.

The US and the World Bank have moral and legal obligations to notify the UN Security Council that Egypt’s characterization of the US and WB Bank as “mediators” and its accusation that Ethiopia has “refused to accept a compromise text that was formulated by our American partners.

It said the claim is misleading because as an observer the US had no authority or consent from Ethiopia to formulate “a compromise text” on behalf of Ethiopia.

This is critical to set the record straight and free our country from the Arab League’s and Egypt’s attempt to enforce a colonialist water rights regime against Black African nations, the coalition stressed.

The Coalition requested the congress to pass a strong resolution as soon as possible to counter the Arab League’s resolution that supports Egypt’s “water rights on the Nile” that stems from the 1929 colonial treaty.

“Time is of the extreme essence to issue an official resolution from your good office before the UN Security Council acts on Egypt’s request” the letter concluded.