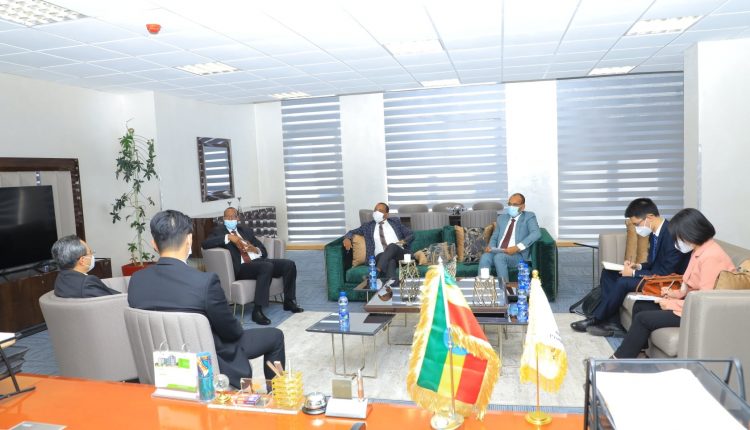 Addis Ababa, November 17, 2021 (FBC) – Ruling parties of Ethiopia and China have reitereated commitment to enhance cooperation based on mutual issues of interest.

Secretary General of the Prosperity Party, Adem Farah received at his office Ambassador of China to Ethiopia, Zhao Zhiyuan who represented the Communist Party of China and held talks on common issues.

The two agreed to transform relations between the parties in to a strategic partnership.

Adem Farah extended gratitude to the Communist Party of Government of China on behalf of his party for standing with the people and government of Ethiopia at a time of need calling for enhanced cooperation between the two ruling organs.

The Chinese Ambassador and Representative of the Communist Party of China, Zhao Zhiyuan, for his part, reiterated commitment of his party and country at large to bolster ties with Ethiopia in multifaceted areas of cooperation.