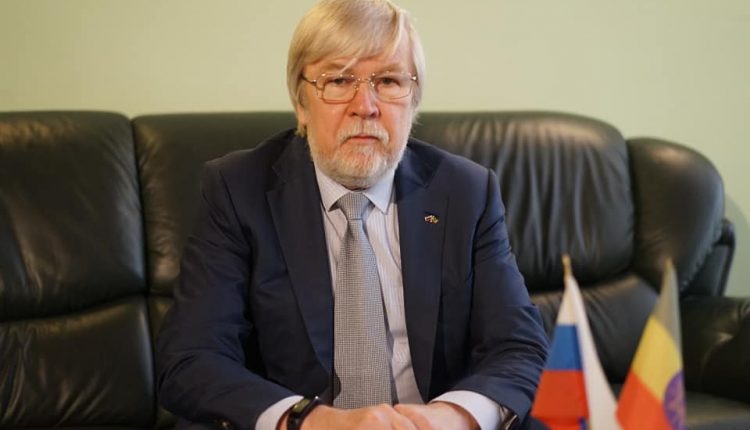 Addis Ababa, May 4, 2021 (FBC) –Russian Ambassador to Ethiopia, Evgeny Terekhin has extended his congratulatory message on the occasion of the 80th anniversary of patriots’ victory day.

“On this solemn occasion, I congratulate the people of Ethiopia on the 80th Anniversary of Liberation from fascist occupation. Ethiopia was the first country in the world to face the fascism aggression in 1935,” ambassador Terekhin said.

According to him, the event prophesied the outbreak of the World War II. Although the declaration of Abyssinia as an East-African province of Italy was not recognized by the then League of Nations, it did not prevent the invaders from staying illegally on African soil for several more years.

“Yet the strength of spirit of the Ethiopian people and their desire for freedom and independence prevailed over the colonial-imperial aspirations of the aggressor,” he said.

“Ethiopian patriots won a landslide victory as a result of persistent heroic struggle. Thus Ethiopia also became the first country to free itself from the fascist yoke.”

The price of the liberation of Ethiopia from fascism was high. “I am convinced that the memory of them will remain forever in the hearts of their descendants.”

“This historical lesson also makes it clear that the unity of people, the strength of their spirit and their aspiration for freedom are decisive for a victory. Hence, it is extremely important to preserve the historical memory of the generations, so that the tragedies of the past never occur again.”