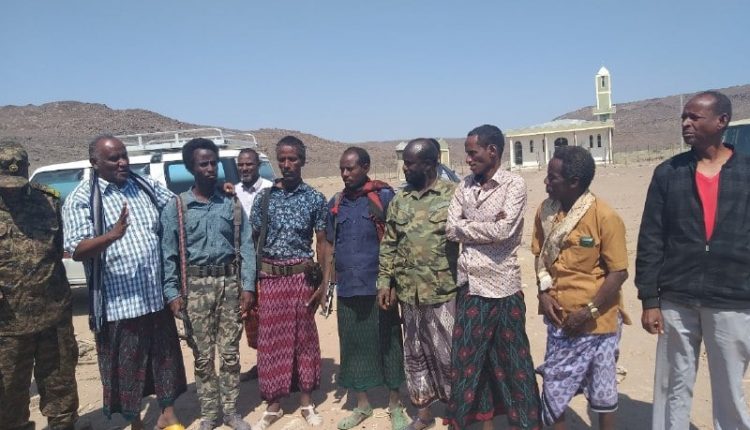 Addis Ababa, January 13, 2021 (FBC) –Some 120 members of the Afar Liberation “Ugugumu” have laid down their arms and entered Afar regional state from Tigray.

The armed rebels, who came to Ethiopia from the Eritrean desert following the reform, received one-year training by the Tigray People’s Liberation Front (TPLF).

According to Birg Gen Demis Amenu, Head of Humanitarian Information at the Defence Information Main Department, they entered Afar peacefully following the joint efforts of the people of Afar and the defence army.

TPLF trained them to achieve its target of causing destruction in various parts of the country, including Afar, and controlling the main road linking Ethiopia with Djibouti, he said.

TPLF’s interest had failed because of the joint efforts of the defence forces, traditional elders and the Afar regional state, he said.

The regional state will provide the necessary support and engage them in any sector they wanted, the Chief Administrator said.

Gov’t providing assistance for over 2.5m people in Tigray, Benishangul-Gumuz:…

Deputy PM and FM Demeke holds talks with US Assistant…

Gov’t providing assistance for over 2.5m people in Tigray,…