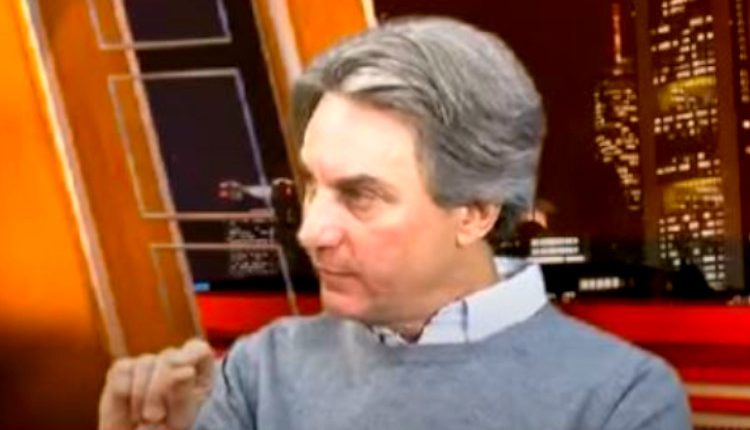 Despite ongoing violence in the northern region of Tigray, persistent attempts to de-rail the process and cries of catastrophe by western powers (most notably the US) and mainstream media, on the 21 June Ethiopia conducted its first ever democratic elections.

The mechanics of the election were not perfect, but crucially there were no reports of violence and the (independent) National Election Board of Ethiopia (NEBE) claims that turnout was good. Although some opposition parties complained about the voting process (which the NEBE investigated), African Union observers found that, the elections were “conducted in an orderly, peaceful and credible manner”.

Due to conflict or logistical issues around 20% of the country (100 of 547 constituencies) did not take part, with the exception of Tigray these areas will vote in September. The election is a major milestone in the recent history of the country and the movement towards a more democratic form of governance.

To the surprise of nobody the government (The Prosperity Party), under the leadership of PM Abiy Ahmed, won an overwhelming victory. The full results are yet to be released, but signs suggest the incumbent may have taken all 547 parliamentary seats; however, in a positive move, PM Abiy has said he will invite members of opposition parties to participate in forming a new government. While total dominance is regrettable and unhealthy, it does place responsibility and opportunity firmly with the government, as well as unavoidable accountability.

The country is beset with a range of serious problems, the task before the government is daunting, the priorities clear. Firstly and essentially, establishing peace – nothing can be achieved unless the ongoing conflict in Tigray between TPLF forces and the military, and ethnic violence in other areas is brought to an end. The humanitarian fall-out of the Tigray war must be urgently addressed: over 131,000 (according to IOM UN Migration) have been displaced in the region, taking the total number of internally displaced persons to over two million, and millions require food aid.

The deputy prime minister and minister for foreign affairs, Demeke Mekonen, has said that in the first round of humanitarian response “effort was made to reach out to 4.5 million people in the Tigray region through the delivery of food and non-food items. In the second and third rounds, the relief efforts were able to reach out to 5.2 million people.”

Establishing verifiable, reliable information in a war zone, where access is restricted, is difficult, nigh impossible; it is a mystery how western media and assertive commentators routinely make statements (that circulate and are repeated from one outlet to another until taken as fact) about the situation inside Tigray and other parts of the country without having been there, or in many cases, spoken to people inside the country. A point that is not lost on many Ethiopians.

The African Union (AU) has launched a commission of inquiry into the conflict, and a joint investigation by Ethiopia’s Human Rights Commission and the Office of the United Nations High Commissioner for Human Rights (UNHCR) is also underway.

To the fury of Ethiopians, home and abroad, in addition to sanctions and withholding aid (the US and EU), ‘talks’ are something western powers, most notably the US, have been calling for over past months: In March 2021 Secretary of State Antony Blinken told the House Foreign Relations Committee that “we need to get an independent investigation into what took place there, and we need some kind of…. reconciliation process.” “Reconciliation” with the TPLF, who terrorized the country for 27 years and are rightly despised throughout Ethiopia?

In response to US sanctions and lectures the Ethiopian government said, “If such a resolve to meddle in our internal affairs and undermining the century-old bilateral ties continues unabated, the government of the Federal Democratic Republic of Ethiopia will be forced to reassess its relations with the U.S., which might have implications beyond our bilateral relationship.” The level of condescension and interference displayed by the US and others has angered many Ethiopians.

The TPLF, regarded by the Ethiopian government and much of the populace as terrorists, were, and apparently remain the favored force of western powers. They ruled Ethiopia from 1991 to 2018 under the guise of a coalition, before collapsing under the weight of sustained protests in 2018. A totalitarian, unforgiving regime the TPLF ruled through fear and ethnic division. Corrupt to the core they syphoned off federal funds, divided communities along ethnic lines, committed state terrorism and Crimes against Humanity in a number of regions to a variety of ethnic groups.

Western powers supported the TPLF throughout their violent reign, notably the USA and the UK (with money and political legitimacy), and seem intent on levering them back into office and curtailing Ethiopia’s rise as a regional independent power. ‘Stop interfering in a sovereign state’ is the message loud and clear from Ethiopians of all regions, except Tigrayans; a message delivered at protests in Washington DC and at the recent G7 gathering in Britain that went unreported by mainstream media, who focused their coverage solely on the ‘humanitarian situation’ in Tigray (of which they appear to know little), ignoring the passionate cries against interference.

Mainstream media (including the BBC, CNN, The Guardian – which recently published a widely inaccurate piece about Tigray – Al Jazeera, VOA etc) is rightly regarded as a propaganda tool of western governments. The coverage of the election was broadly negative, slanted to echo the western/US agenda of delay. A key voice in this subversive effort is well known to Ethiopians; Susan Rice was US ambassador to the UN (2009-2013) and Obama’s national security adviser from 2013-2017. She has been ‘advising’, i.e., lobbying the Biden administration on behalf of the TPLF mafia, who she, and Obama, supported. The US (the world’s biggest arms dealer) appears to now be arming the ‘rebels’, via the military dictatorship of Egypt – the primary western voice-piece in the region.

Ethiopia is going through a difficult, but potentially exciting time of transition, from serial dictatorship to some form of democracy. A system that observes human rights and allows universal freedoms including freedom of speech, unlike under the TPLF. However, there are a range of disruptive, subversive elements intent on derailing any democratic development, some of which sit firmly within the government and need to be purged. There are also malicious external forces that would see Ethiopia split, and ethnic division run wild: Egypt and Sudan are anxious and, one suspects, shocked by and envious of the construction of the Grand Renaissance Dam (the largest in Africa), and of Ethiopia’s potential strength and influence within the region and continent.

And, angered by the country’s historic independence – it was never colonized, ejecting the Italians twice, 1896 and 1941 – jealous of its rich, ancient culture (dating to at least 3000BC), and nervous about China’s involvement in the country (and continent), the old European colonial powers and the decaying force of the US, apparently do not want Ethiopia to flourish, and would be happy to keep the country enslaved to western aid, as it was under the TPLF.

As the country attempts to move forward it needs friends, not nominal allies whose actions are corrupted by self-interest, arrogance and resentment; nations (USA, UK and EU chiefly) that stood by for decades watching the TPLF murder, torture and steal, and declared corrupt elections legitimate. Such voices have little credibility in Ethiopia.

The Ethiopian people are desperate for change, for peace and stability; they have given The Prosperity Party under the leadership of Abiy Ahmed a huge mandate to govern: as their term in office begins they will be closely watched, by Ethiopians at home and abroad. To unite a country that has been systematically divided over decades will take time, skill and patience. Mistakes will inevitably be made, but if the intent is sound and honesty is demonstrated, trust can be built and divisions will gradually begin to collapse.

Graham is an artist, writer and director of The Create Trust, he founded in 2006.