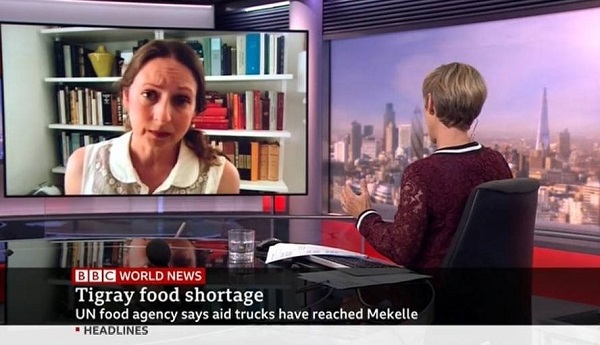 Addis Ababa, August 8, 2021 (FBC) -The terrorist TPLF that had ruled Ethiopia brutally for three decades is now hampering humanitarian aid to the people in Tigray, Deputy Director of African Center at the Atlantic Council in Washington, Bronwyn Bruton said.

Bronwyn Bruton told BBC that the rebel group TPLF has not accepted the unilateral ceasefire declared by the government of Ethiopia and expanded its war in to the neighboring regions including Afar which is the area that has been used as a staging ground to get supply in to Mekele.

The TPLF was a dictator and brutal for almost in the 30 years of its rule in Ethiopia; she said adding that since the coming to power of Abiy Ahmed the group has mostly been confined in its own northern region.

The TPLF is now waging war in an effort to retake power at the national level, ENA quoted Bruton as saying.

This has created anger by the Ethiopians who had suffered by the TPLF’s three decades dictatorship and brutal rule, she added.

Ethiopians across the nation has been expressing their readiness to support the National Defense Force of the country in its effort to end the heinous acts of the group.