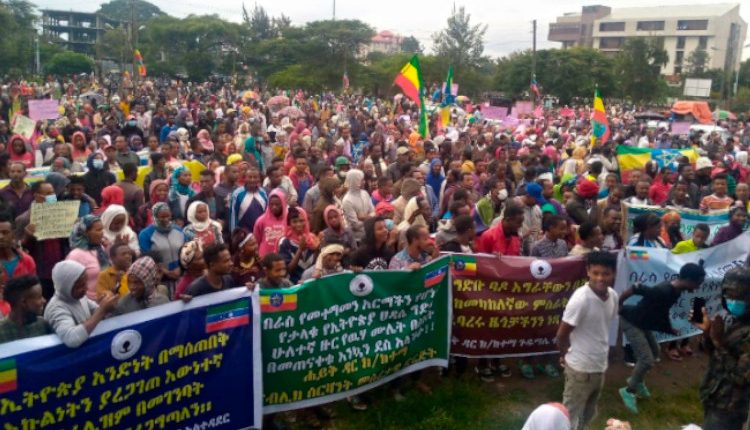 Addis Ababa, July 21, 2021 (FBC) – Thousands of residents of towns of Hawassa city and Wolaita Zone have taken to streets in celebration of the successful completion of the second round filling of the Grand Renaissance Dam (GERD).

Demonstrators carried placards appreciating contribution and commitment of all Ethiopians in the country and abroad in the construction process of the dam and denouncing belligerence of the TPLF Junta.  Participants of the rally vowed continued support for successful completion of the dam project.

They also denounced atrocities of the TPLF that target civilians in the northern part of the country reaffirming commitment to stand by the National Defense Forces and special forces of regions to counter belligerence of the terrorist group.

Sidama Region president, Desta Ledamo reaffirmed continued support to the national army in the fight against the TPLF group to preserve law and order and defend sovereignty of the nation.