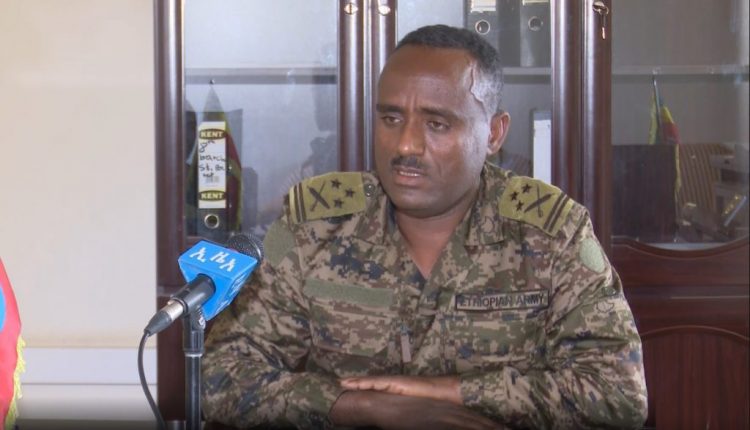 Addis Ababa,  March 13, 2021 (FBC) – The TPLF clique and its agents are trying to harm the people and damage the economy by injecting fake money in the economy, according to Operations Department Head of the Northern Command.

The culprits were caught red handed with over 570,000 Ethiopian birr they wanted to send to Humera and other border areas of the country for distribution, it was learned.

The alleged perpetrators of the crime are agents of the fugitive group that have been printing forged Ethiopian Birr, Eritrean nakfa and currencies of other countries to disturb the economy of the country, the head explained.

The individuals were captured with machine that print forged Ethiopian birr and Eritrean nakfa with capacity to print 670,000 notes per week.

According to him, they had distributed the money in Amhara region and Tigray border areas as well as around the borders of Sudan and Eritrea.

Colonel Kassa noted the persons were recruited by TPLF to carry out the illegal activities the group has been engaged in for many years.

Besides printing money, the apprehended persons were caught with seals of different government institutions, it was learned.

They were reportedly arrested with fake identity cards for Humera and the surrounding areas.