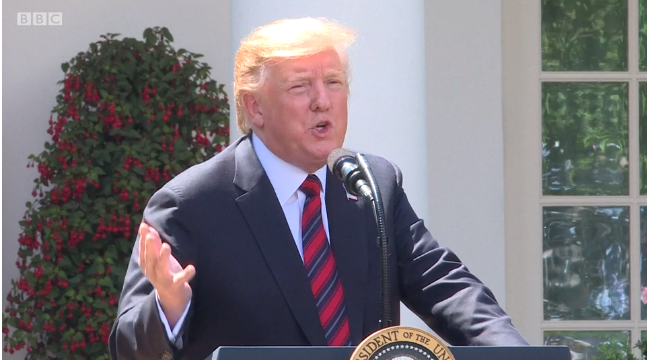 Trump impeachment trial set to open in US Senate

Addis Ababa, January 21, 2020 (FBC) -For only the third time in history, an American president is facing an impeachment trial, with hearings set to start today.

Such a trial could, in theory, lead to President Donald Trump being removed from office.

It’s a process that allows senior figures in government to hold other officials (like judges, the president and cabinet members) to account if they’re suspected of committing offences while in office.

Those offences can include “treason, bribery or other high crimes and misdemeanours”.

After someone is impeached, they then go on trial in the Senate, the upper house of Congress, the members of which will decide whether they are guilty or not. It’s a political trial, not a criminal one.

What is Mr Trump accused of?

Firstly, he’s accused of seeking help from Ukraine’s government to help himself get re-elected this November.

He’s alleged to have held back millions of dollars of military aid to Ukraine and dangled a proposed White House meeting with Ukraine’s president, both as bargaining chips.

In exchange, witnesses say he wanted Ukraine to publicly announce an investigation into Joe Biden, the man who’s leading the Democratic race to challenge him in the election. Polls suggest Mr Biden would beat him if chosen as the Democratic candidate.

Secondly, after the White House refused to allow staff to testify at the first impeachment hearings last year, Democrats accused Mr Trump of obstructing Congress (the part of the US government that writes and brings in laws, and which was investigating him).

Mr Trump has denied any wrongdoing and his legal team say the “flimsy” charges are a “dangerous perversion of the Constitution”.

At least 33 Turkish soldiers killed in Syrian air raid in…