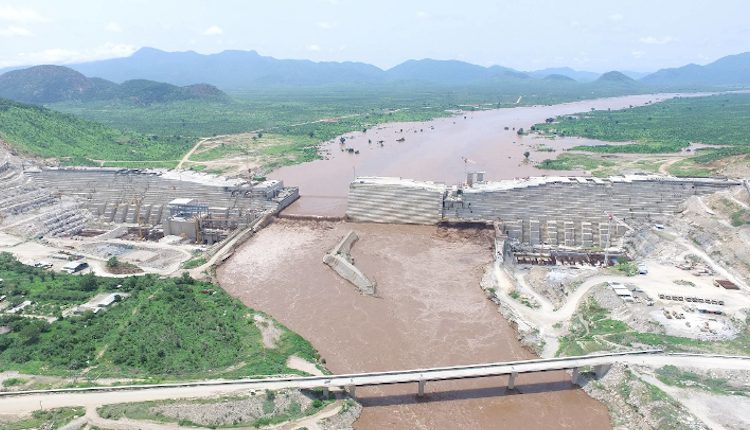 Based on guidance from President Trump, the State Department is suspending $130 million in security-related aid to Ethiopia over a nearly-completed dam that would lift Ethiopia from poverty and end the shadow of British colonialism that favoured Egypt.

When fully completed, the Grand Ethiopian Renaissance Dam – Africa’s largest hydroelectric project – would be a game-changer for Ethiopia where some 65 million Ethiopians, comprising 40-45% of the population, have no access to electricity. Plus, it would contribute to transforming neighbouring South Sudan, Kenya, Sudan, Somalia and Tanzania with desperately needed electrical power.

The U.S. move has sparked outrage over its apparent interference in Ethiopia’s development strategy. “This action … is more than an outrageous encroachment of Ethiopia’s sovereignty,” wrote economic analyst Lawrence Freeman. “It is an assault on the right of emerging nations to take actions to improve the living conditions of their people.”

Egypt insists that a 1959 Anglo-Egyptian agreement – when both Egypt and Sudan were British colonies – is the legal framework for control of the Nile. That treaty granted Egypt sole veto power over construction projects on the Nile or any of its tributaries which might interfere with Nile waters.

By 2013, Egyptians at a secret meeting were caught on a hot mike proposing to simply destroy the dam altogether.

Officials in Addis Ababa deny that the Renaissance Dam will choke off water to Egypt, saying the dam will benefit countries in the region, including as a source of affordable electric power.

Even the Rev. Jesse Jackson weighed in on the matter. He cited hydro-politics dominated by Egyptian hegemony to control and own the Nile rather than regulate or cooperate.

“The dam was built without help from the World Bank,” he wrote, “but with the pennies and dinars of shoe shiners and poor farmers. They saw the hydroelectric generating juggernaut as a source of Ethiopian independence and pride. Above all, they saw it as the centrepiece of their bid in their fight against poverty.”

Jackson concluded: “All people of conscience and justice around the world need to condemn the neo-colonial treaty that the US government and the World Bank are imposing on Ethiopia, a peaceful nation whose only desire is to harness its natural resources to elevate its people out of poverty.”

Lisa Vives is a  News Editor at Global Information Network

Context for the Current Situation in Ethiopia-The Evolution of Criminality

For Peace to Be Sustained in Ethiopia, Rule of Law Must…

Ethiopia, China: Partners Working Together for a Shared…