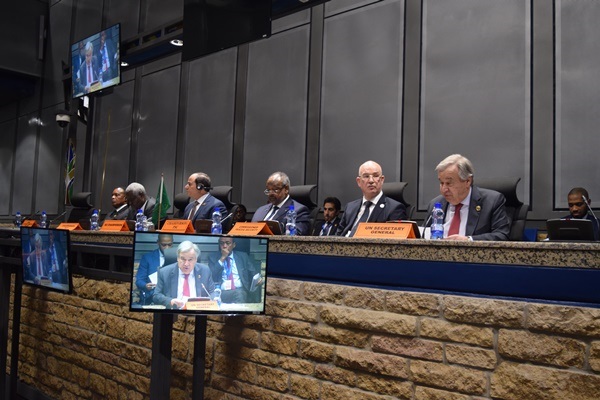 Guterres made the call at the African Union Peace and Security Council (AUPSC) meeting on the situations in Libya and the Sahel, which was held yesterday on the sidelines the 33rd AU Summit.

“What is happening in Libya is nothing short of a scandal. Arms are flowing in and military operations continue. We desperately need an effective and lasting ceasefire,” he said.

Chairperson of the African Union (AU) Commission, Moussa Faki Mahamat urged the AUPSC and Heads of State to speak and act as one united block to end the war in Libya.

He further called on Africa leaders to combat threat of terrorism on the continent and to strengthen collaboration in order to address the situation in the Sahel region.

Ambassador Smail Chergui, African Union (AU) Commissioner for Peace and Security also voiced his concern on the current situation in Libya and called for sanctions against persons and entities violating the armed embargo.