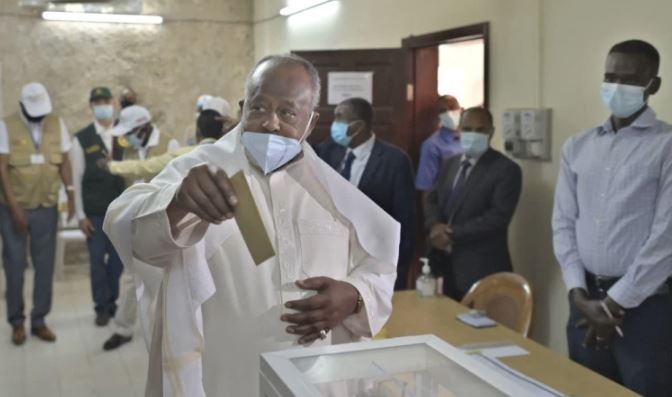 Djibouti’s veteran ruler Ismail Omar Guelleh was re-elected for a fifth term as president with more than 98 percent of the vote, according to provisional results announced early on Saturday, after the election in the tiny but strategically important country was boycotted by the main opposition.

About 215,000 citizens were registered to vote in the ballot pitting Guelleh, 73, against a little-known businessman widely seen as posing scant threat to the strongman, who has been in power since 1999.

Counting started shortly after polling stations closed on Friday in the Horn of Africa nation, which overlooks one of the world’s busiest trade routes at the crossroads between Africa and the Arabian Peninsula.

Independent election observers said the process went smoothly, with no reports of misconduct.