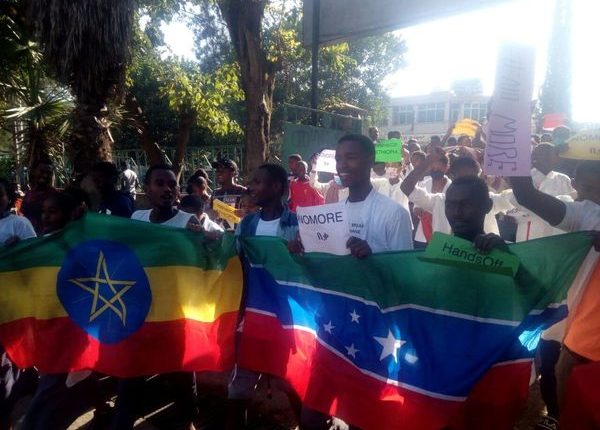 Youths of Hawassa City join the No More movement

Addis Ababa, November 24, 2021 (FBC) – Youths and officials of the Hawassa City have joind the No More movement taking to streets to denounce foreign intervention in Ethiopia’s internal affairs.

They have also renewed support to the government in defending sovereignty and unity of Ethiopia from any internal and external threat.

The youths said they have been greatly inspired by the decision made by Prime Minister Abiy Ahmed to march on the battle field and support the survival campaign declared by the nation.

Head of the Sidama Region Prosperity Party, Abrham Marshalo encouraged the youths to keep the No More movement up and continue to fend off any foreign meddling against sovereignty of Ethiopia.