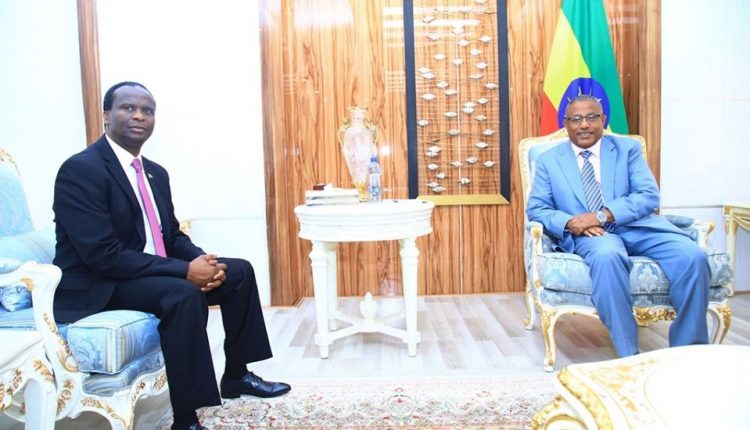 Noting the existing fertile condition for collaboration in investment, trade, tourism and other economic arenas provided by the Home Grown Economic reform, Gedu invited the South African side to take part in the privatization schemes of public enterprises in Ethiopia.

The Foreign Minister has also brought to the forefront the issue of Ethiopians residing in South Africa and explained the importance of ascertaining their dignity, safety and reasonable working and living environment as it would be mutually advantageous to do so.

The South African ambassador for his part appreciated the relations between the two countries in the fight against Apartheid, according to the Ministry of Foreign Affairs.

He also emphasized the need to strengthening bilateral relations especially the political level and consolidating the joint Ministerial Commission which is vital to promote mutually beneficial cooperation.