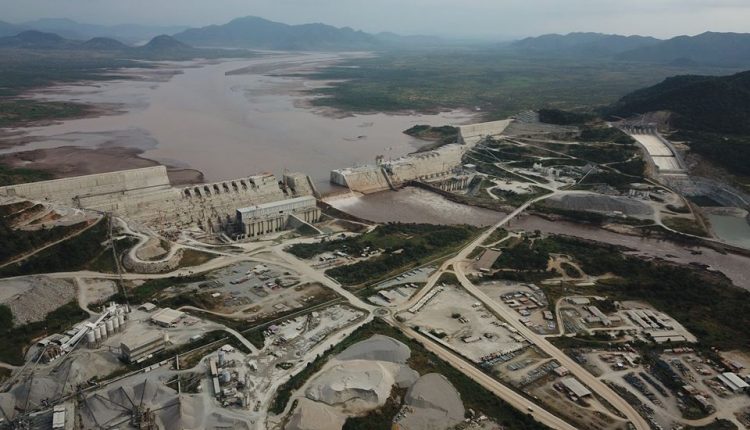 $41.7 Billion: Preliminary Cost Estimate of Delaying the GERD by 5 Years

Currently, Ethiopia and Egypt are in conflict about the completion and operation schedule of the Grand Ethiopian Renaissance Dam (GERD), as Egypt demands to delay the filling of the Dam’s reservoir by as many as 17 years, beyond the 4 years Ethiopia suggests it takes. As the World Bank rightly notes, lack of access to electric power “represents a fundamental barrier to progress and has impacts on a wide range of development indicators.” It is in light of this fact that we have assessed the economic cost of delaying the full operation of the GERD on the Ethiopian economy and the development aspirations of the population.

The assessment is based on an economy-wide model that is suited to capture both direct and indirect economic effects of energy generated by the Grand Ethiopian Renaissance Dam (GERD). However, it should be noted and emphasized from the outset that the model employed does not attempt to capture the corrosive effects of poverty on human dignity and quality of life. Nor does it measure the cost of human lives lost to the blight of poverty. No economic model can approximate in monetary terms, much less compensate for, the cost of the erosion of human dignity and the unnecessary suffering and hardship that delaying the operation of GERD entails.

The study is limited to demonstrating the adverse impacts of lack of efficient and reliable source of energy on the economy by depressing investment initiatives in various sectors of the economy that in turn deprive further accumulation of capital as well as employment creation opportunities.

The primary sources of the costs to Ethiopia of delaying the operation of GERD’s hydropower include, but are not limited to, the following:

• The expansion of Ethiopia’s industrial parks and the growth of its energy starved manufacturing sector that are dependent on the availability of dependable electric power will be negatively impacted;

• Any unnecessary delay in generating electricity will delay Ethiopia’s agricultural revolution and food security goals by inhibiting badly needed technological improvements, such as the use of electric powered irrigation machines that are essential to pump water from streams into irrigation canals;

• Delay in the production of electricity forces households to continue to use firewood for cooking, leading to sever deforestation that will significantly reduce the flow of the Nile and other rivers, accelerate soil erosion, worsens environmental degradation, and increase vulnerability to economic crisis; Press Release: June 27, 2020 Ethiopian Diaspora and Local Experts Task Force*

• Using firewood for cooking exacerbates the nation’s health cost, including thousands of deaths due to fires or smoke inhalation, and worsens the overall quality of life of the population;

• Lack of sufficient electricity results in inadequate and poor social service delivery, such as health, education and transportation – major railway (such as the AwashWeldya segment) remains idle due to shortage of electricity; and

• A delay in filling the dam results in the loss of significant revenues from electricity export.
Using an Applied Computable General Equilibrium model as the main analytical framework, a preliminary economic analysis conducted by a team of Ethiopian diaspora and local experts has yielded an estimate of $41.7 billion cost associated with delaying the GERD by 5 years.

As high as the figure seems, it is only partial, since the scope of the study is limited and does not capture the full cost of the delay of the filling process. Had the study included the environmental damage associated with using firewood, the full potential of electricity in spurring irrigation pumps and agricultural production, aiding the development of productive power and stimulating technological advances in services, including digital financial services for financial sector development, this cost estimate would have been much higher.

Moreover, the study has not considered the opportunity costs of lost revenues from tourism and fishery that large dams often generate.

Finally, it should also be noted that the estimate does not currently include the positive gains and spillovers that Sudan and Egypt stand to rip from the GERD. As such, the foregone opportunity of economic activity, economic growth, and overall welfare for the region is much higher than the estimate suggests.

Getting the context right helps to understand the costs

According to the World Bank’s latest data, Ethiopia’s GDP per capita is 57% of the average for Sub Saharan Africa, 19% of that of Egypt and 13% of the world average. In terms of secondary school enrollment, Ethiopia is below Sub Saharan Africa by 20%, behind the world average by 54%, and below Egypt by 60%. Other development indicators (e.g. human development index) also indicate that Ethiopia lags behind its peer countries.

Why is Ethiopia lagging behind? The answer to this critical development question largely resides with the weakness in accumulation of physical and human capital, lack of vital development infrastructure such as energy, and distortion in public policy.

Modern economic activity is energy intensive and lack of access to efficient energy means operating below potential capacity. In terms of access to electric power (kilowatt per capita), Ethiopia’s number is a mere 14% of Sub Saharan Africa, 4% of Egypt and 2% of the World Average. These are but some of the indicators of an economy trapped in low productivity, inefficiency, and widespread poverty.

If Ethiopia is to overcome the chronic poverty that continues to plague its population of over 110 million, it must address its energy shortage to stimulate the latent economic opportunities which are left untapped for generations.

The Blue Nile and other tributaries of the Nile River gushing out of Ethiopia account for 70% of Ethiopia’s annual surface water and 67% of its hydroelectric and irrigation potential. The Grand Ethiopian Renaissance Dam, being built over the Blue Nile, is the kernel of hope for Ethiopia’s vision for economic transformation and the nexus around which its industrialization strategy and water and food security programs revolve. Delaying the operation of the GERD is tantamount to delaying Ethiopia’s development agenda and condemning 110 million of her population to wallow in abject poverty.

Preliminary Economy-wide Analysis of the Cost of Delaying the GERD

The Applied computable General Equilibrium model attempts to explain the performance of the economy of a nation by taking into account linkages across sectors at a point in time in a state of equilibrium. Unlike partial equilibrium models which limit the scope of their analysis to specific markets or sectors of a nation’s economy, the economy-wide model addresses how the supply of and demand for energy impact the entire economy. Energy enters into the model as intermediate input with effect on aggregate economic activity by inducing changes in sectors and activities that use energy in their production process.

The first phase estimates indicate that, assuming that the project could start full operation by 2024, the Ethiopian economy would gain in real terms about US$ 7.5 Billion per year if the GERD starts operation at full capacity within 4 years. It is also estimated that if the filling of the reservoir is delayed and filled within 7 years, the Ethiopian economy would have a cumulative real opportunity cost of US$28.7 billion over a span of the next 3 years. Extending the filling period to 9 years would involve an economic opportunity cost of US$41.7 billion during the 5 years delay from the technically feasible full capacity operation year.