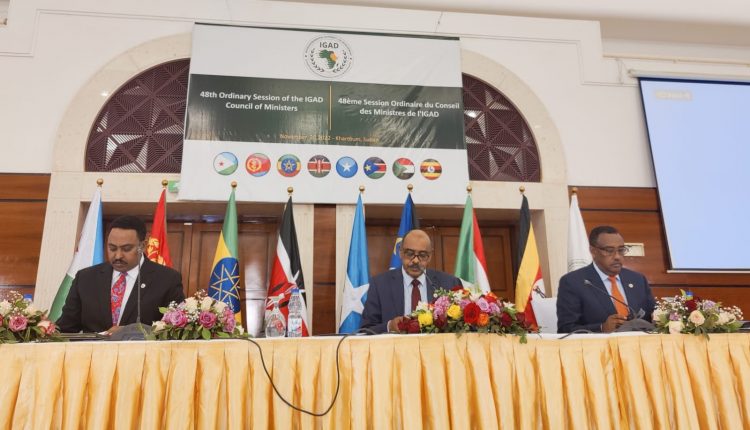 In his opening remark, Workneh Gebeyehu, Executive Secretary of IGAD, said positive developments have been witnessed in peace making and stability in the region citing the recently concluded peace agreement in Ethiopia, where IGAD played pivotal role.

It is indeed a welcome development for the people and Government of Ethiopia, the region and the continent at large, Workneh noted.

The Executive Secretary further said IGAD is working closely with Member States to respond to challenges including climate change, drought, pest invasions and seasonal flooding which are contributing to food in security.

Demeke Mekonnen, Deputy Prime Minister and Foreign Minister of the Federal Democratic Republic of Ethiopia, for his part, underlined that peace and security situation is of a paramount importance in the region.

He noted that the unwavering support of Member States during those difficult days is cherished by the people of Ethiopia.

The peaceful resolutions of the conflict in North Ethiopia on the basis of full respect for the unity and territorial integrity of Ethiopia underpins a lesson as an African solutions to African problems to the region and beyond.

The Deputy Prime Minister also expressed his concerns over the series impacts of climate change and drought.

Demeke, then, called for concerted efforts by IGAD member countries and partners to avert the immediate crises.

The IGAD Ministerial Council is expected to listen the regional peace and security, humanitarian situation report and issue a press release later today.

Japan, China Agree to Maintain Dialogue ‘At All…