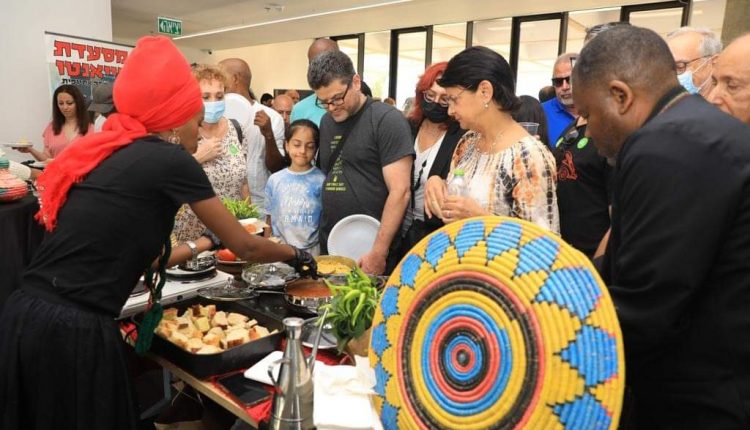 Addis Ababa, June 26, 2022 (FBC) – The Ethiopian Embassy partnered with FOODISH, culinary arm of ANU – the largest Jewish Museum, and hosted a Cuisine Diplomacy event in Tel Aviv. The event was organized in collaboration with a number of Ethiopian Traditional Restaurants.

In his opening remarks at the event, Ambassador Reta Alemu, Ethiopia’s Ambassador to the State of Israel noted that “food contributes to the strengthening friendship; hence Ethiopian restaurants have been playing a significant role in promoting the image of our country, in addition to serving our country’s traditional cuisine, they are showcasing our hospitality culture.” Moreover, he asserted that, “as part of our public diplomacy, the objective of the event is to strengthen people to people relations, increase the flow of tourists from Israel to Ethiopia, promote Ethiopian cuisine to the Israeli community, and encourage the Ethiopian traditional restaurants that support all these.”

On her part, FOODISH CEO Merav Oren, said this ANU section is engaged in food promotion; expressing her delight for the partnership at this Ethiopian Cuisine Diplomacy program, she reiterated the commitment to developing similar programs in the future.

The traditional restaurants that participated at the event served Ethiopian food and coffee to the invitees. They also explained about the cooking methods of Ethiopian cuisine, the special features of the spices, and the flat bread (injera) made from the gluten-free super grain known as Teff. They also presented a traditional coffee brewing ceremony. Ethiopian-born Israeli artists performed cultural songs and dances for the audience.

In addition to building the image of our country in the field of public diplomacy and strengthening people-to-people friendship, the program aimed at promoting Ethiopian tourism and Ethiopian coffee. At the end of the event, the Ambassador thanked all those who participated in the program and gave certificates to the sponsors and partners.