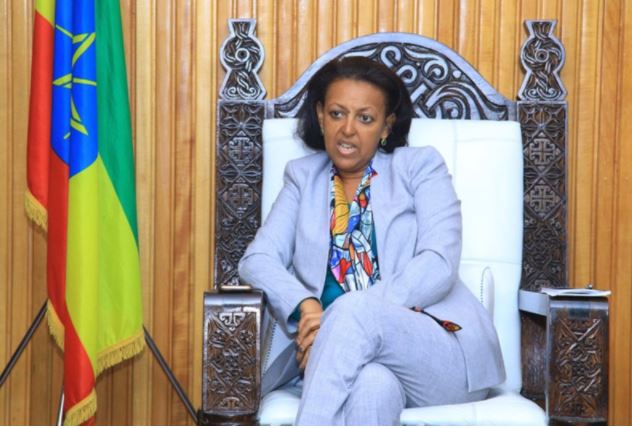 Addis Ababa, March 1, 2021 (FBC) – In a letter to the editor of EU Observer, Ethiopian envoy to Belgium, Luxembourg and EU institutions, Hirut Zemene said the statement by the finish Foreign Minister, Pekka Haavisto is unsubstantiated.

The envoy underlined in the letter that it is regrettable that the statement and facts given by Pekka Haavisto about the situation in Ethiopia does not reflect the reality on the ground and contain substantiated claims.

Ambassador Hirut, on behalf of embassy of Ethiopia, has set the record straight to the esteemed readership by stating the following facts about the situation in Ethiopia, particularly in Tigray.

The Finnish foreign minister, during his visit to Ethiopia in mid-February, was accorded the opportunity to be briefed on the situation in Tigray by relevant higher government officials of Ethiopia, including with the prime minister.

The government of Ethiopia was also more than willing to facilitate travel to the region for the foreign minister to have a first-hand account of the situation in Tigray region.

However, minister Haavisto showed no interest to travel to the region, but instead resorted to visit the refugee camp in neighbouring Sudan and extrapolate grossly inadequate information to provide unfounded claims that put unnecessary pressure on the government of Ethiopia.

The assertion made by the minister stating that “you have come to a situation which is militarily and human rights-wise, humanitarian-wise very out of control,” does not reflect, by any means whatsoever, the tangible progress being registered thus far.

As has been verified by many including humanitarian aid providers on the ground, the fact is that so far 3.1 million people have benefitted from humanitarian aid distributed in 34 woredas/districts out of 36 in the region.

The minister’s inaccurate narrative also does not go along with the testimonies given by officials from different international humanitarian organisations operating in the region.

The UN High Commissioner for Refugees, Filippo Grandi, who also travelled to Ethiopia this month to assess the situation in Tigray, has said that “we have also established a system of coordination between civilian organisations like ours [and] the military (the Ethiopian military in the Tigray region) … all these foundations now will allow for this humanitarian operation to speed up and reach the people in need, who are in the millions.”

Similarly, recent reports from UN agencies such as WFP and UNOCHA, indicated that there is an improved access for humanitarian supplies and personnel and the process of assessing, distributing, and delivering food items has continued.

The Finnish foreign minister’s assertion that “the government themselves do not have a clear picture, particularly [in] areas controlled by Eritreans …” is what one would not expect from a person in high office and representing the European Union, as there was no such confusion and gap of information with regards to such critical matter of the control of the government of its own territory.

Such a statement is by far an erroneous claim and at best a condescending view towards Ethiopia.

Ethiopia with a long history of statehood and as a sovereign country is capable of handling its affairs.

It would have been easier for the distinguished minister to take note of the facts on the ground that the Tigray operation is over on 28 November, whilst like in any conflict some remnants of TPLF leadership and militias out of the loop are out there and are being dealt with.

It seems that he did not get his facts right. If there is any concern from any corner what Ethiopia appreciates is not a patronising attitude, but a constructive engagement.