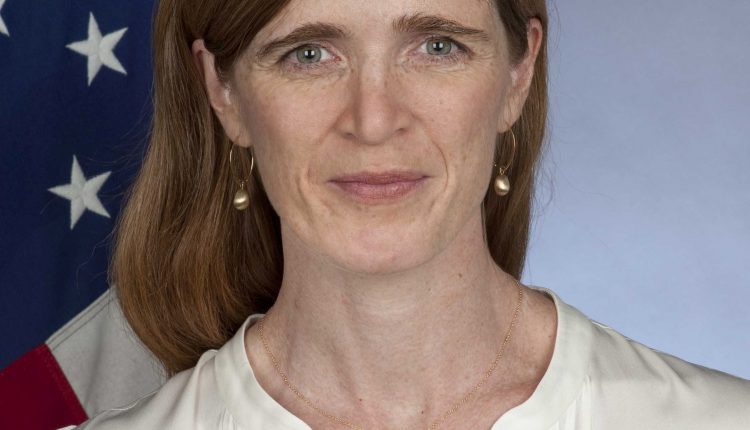 Samantha Power, the USAID Administrator, is planning to come to Addis this weekend. In her own words, she is coming in order to “press the Government of Ethiopia to allow full and unhindered humanitarian access to prevent famine in Ethiopia’s Tigray region”.

This is a noble mission. Starvation must be averted by all means. Indeed, that is also what drives the Ethiopian Government today.

But, in trying to press the Government of Ethiopia to allow full and unhindered humanitarian access to Tigray, I urge Ms Power to understand the situation on the ground better. Critical as humanitarian access is, it is not necessarily in the gift of the Ethiopian Government alone. The senseless war imposed by the TPLF on all of us, Tigreans included, has made access to Tigray a dangerous adventure. Too many aid workers have given their lives trying to help us. That must stop.

So, if Ms Power comes to Addis with an agenda to press our Government, what agenda does the Government await her with? Here are a few thoughts.

I have never met Ms Power, but I feel like I have known her for a long time because I have read her books. She writes beautifully. She does everything in her life with passion. Almost everything she has wished and accomplished as a public servant seems to have been driven by one question: how to harness American power to protect the poor and the vulnerable.

But then, intentions are not everything; actions and their consequences are. Context and understanding matter.

In today’s Ethiopia, Ms Power’s insistence on unhindered humanitarian access to prevent famine in the Tigray region of Ethiopia is clearly noble-intentioned and must be supported by all means.

But, that exclusive focus on the Ethiopian Government also betrays her lack of understanding of TPLF’s role in all this – its use of starvation as a strategy to gain sympathy and support from the likes of Ms Power and her Government. I fear that Ms Power’s laudable commitment to the cause of human rights, first sparked 32 years ago by the image of the heroic struggle of Chinese students for democracy in Tiananmen Square, has been hijacked by TPLF’s murderous agenda. To take a current example, if TPLF were to cease hostilities in the Afar region, humanitarian aid could reach our citizens quickly.

TPLF’s baseless and self-serving narrative of genocide is likely to have found an easy convert in this passionate soul who cut her political teeth in the Balkans in the early 1990s, covering the Bosnia war as a freelance reporter on the ground, at times risking her own life. Need I add that she won the highly prestigious Pulitzer Prize in 2003 for her appropriately titled book: A Problem from Hell: America and the Age of Genocide?

Ms Power has the passion as well as the expertise to understand humanitarian issues better than most. However, to succeed in her mission in Ethiopia, she needs to better understand our complex reality. Her visit to Addis can only help. That is why she must be welcomed and helped to get closer to the actors. She has a good track record of informing herself with personal observations on the ground. She remains a war reporter at heart. If she allows herself the opportunity to observe carefully, she will see through TPLF deception.

When this former war reporter was asked by the New Yorker back in 2014 what she had learned from working for the Obama Administration, her reply was a simple one: “Don’t trust the press”.

Yet, I fear that Ms Power might still be unduly influenced by the press rather than wait for clear evidence. At one point in her most beautiful book from 2019 – The Education of an Idealist – she talks about a series of articles by Nick Kristof on Darfur published in the New York Times (NYT). She then admits: “The more I read Kristof’s reporting, the more I suspected that the Sudanese military and affiliated militia were perpetrating genocide.”

Kristof is writing and tweeting on Ethiopia today, routinely and wrongly accusing the Ethiopian Government of deliberately starving its citizens in Tigray and praising the distorted, malicious and irresponsible reporting by his NYT colleague Declan Welsh. In one of her most insightful reflections about her work as a war reporter, Ms Power wrote: “With no end to the war in sight, I was starting to feel increasingly like a vulture, preying upon Bosnian misery to write my stories.” I hope Declan Walsh of the NYT and his peers at The Economist, Financial Times, CNN and Reuters – our modern-day vultures – have read her book.

Against this background, I am hopeful that Ms Power is coming to Ethiopia because she wants to learn the truth from direct observation on the ground. As she wrote in her book, “Ever since my time in Bosnia, I had believed that I could best learn about a situation where events were unfolding. … I tried to bring this ‘get close’ spirit to diplomacy.” Nothing demonstrated that spirit better than her decision when she was US Ambassador to the UN, to travel to West Africa at the height of the Ebola outbreak in October 2014 at grave personal risk to herself and against the advice of her husband and even Susan Rice, the National Security Advisor at the time.

When I started thinking about the conversations she might have here in Addis, I couldn’t help reflecting on an observation in her book that, while reporting from Croatia, each time she countered a local that the whole Serbian ethnic group could not be blamed for the subjugation of Croatians, the Croatians kept telling her: “The only good Serb is a dead Serb.”

Knowing how the NYT and other supposedly credible news outlets have been mis-covering events in Ethiopia today when Ms Power arrives in Addis, she should be forgiven if she lands dreading to hear from many of us: “The only good Tigre is a dead Tigre”; “The only good Amhara is a dead Amhara.”

If she allows herself the patience to watch, listen and learn – just as her younger self did in Croatia back then – she will learn that Amharas and Tigreans are not Serbs and Croats; Ethiopia is not Yugoslavia; the war is imposed on Ethiopia by a criminal gang bent on returning itself to power to play Act Two of its quasi-apartheid minority rule over the rest of Ethiopia. The people of Tigray are its primary victims, considered only as a tool for its selfish agenda. No group is more hated and despised than the TPLF in Ethiopia today – or ever.

If Ms Power keeps an open mind to learn the facts before reaching a definitive conclusion, she would learn that the “ethnic cleansing” she reported on from Banja Luka about Bosnian Serbs killing Muslim and Croat residents to “purify” the land was perfected in Ethiopia by TPLF in the fields of Wolkait, cleansing the land of its native Amhara population sustained over three decades.

In her 2019 book, Ms Power quotes, approvingly, President Lyndon Johnson’s famous statement that “a leader’s problem was not in ‘doing what’s right, but knowing what’s right.” I hope she remembers this on her way to Addis. I can tell her that she does NOT know what is right in and for Ethiopia; only Ethiopians know what is.

If she still remembers the outcome of her relentless push for military action in Libya in 2011, however, justified it may have seemed at the time, the lesson is simple: knowing what’s right is hard enough for anyone; knowing what’s right for another country still harder.

Ms Power is a genuine champion of human dignity. Lamenting about US foreign policy during her time in the Obama Administration, she wrote: “I was frustrated that we didn’t more often internalize the implications of the truism that countries that treated their citizens with respect made far more reliable partners over time.”

I hope Ms Power asks who, between PM Abiy’s Government and TPLF, comes out better on her test of treating citizens with respect. The record speaks for itself.

Nobody can accuse Abiy of leading a government that pulls toenails off its citizens with pliers, insert sharp alien objects into women’s reproductive organs, torture and mutilate bodies, etc. because they happen to be from a different ethnic group holding different political views.

But then, I’d never say the current administration is perfect, though it is incomparably better than TPLF’s. And, there is a great line in Ms Power’s book where she quotes her former boss, Barack Obama: “Better is good, and better is actually a lot harder than worse.” That is Abiy; he is a lot better for all Ethiopians, Tigreans included. Recall that we just had the freest and fairest election ever in Ethiopia. Abiy’s party was elected by an overwhelming majority of Ethiopians, making the next government the most legitimate in our long history. This makes the current Government of Ethiopia a more reliable partner for the USA.

Reading through her tweets about the recent crisis in Ethiopia, I could not help wondering if Ms Power somehow harbours some subconscious bias against larger communities compared to minorities, perhaps going back to her Irish roots and Ireland’s history of abuse in the hands of the English. Maybe she sees Ireland in Tigray and England in Ethiopia? Just may be.

But then, I thought I’d ask Ms Power what she’d feel if the Irish somehow ruled the English for 30 years (as TPLF did), used everything in their hands to humiliate and dehumanize them, etc., and when the English fought back, the Irish alleged genocide.

Let me conclude by urging Ms Power to listen to her hosts during her time in Addis. I recall how frustrated Ms Power was when Aung San Suu Kyi rejected her commendable attempts to persuade her to condemn the persecution of the Rohingya during her visit to Rangoon in 2012. She then accused Suu Kyi of being a bad listener, which she found “chilling”. Let me challenge Ms Power: is she better than Suu Kyi on this cardinal virtue? Is she coming to Addis to lecture or to listen? I hope she is here to do more of the latter than the former.

In making the case for Congressional authorization of the use of force against Assad in 2015, Ms Power wrote, memorably: “I believed that the most important part of decision-making was not the justness of one’s intentions but the effectiveness of one’s actions.” This time, on Ethiopia, her humanitarian cause is just but the background diplomatic saber-rattling is worrying, with potentially catastrophic consequences. I urge Ms Power and her Government to exercise caution. The whole world is watching; Africa even more so. Ethiopia matters.

Wossen Melaku is an Ethiopian political analyst with years of experience in teaching and research.