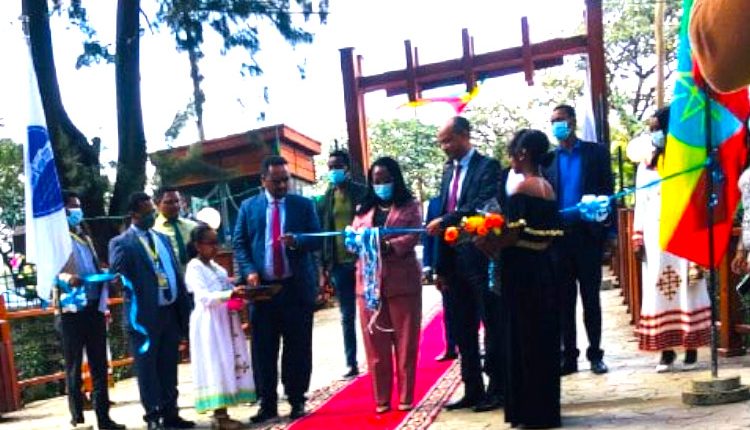 Addis Ababa, February 27, 2021 (FBC) – Addis Ababa has been undertaking a wide range of beautification and greenery activities to become a chosen tourism and investment destination in Africa.

Entoto, Unity and Friendship Parks are among the destinations which have been so far developed in the City of Addis Ababa as per the greenery drive initiated by Prime Minister Abiy Ahmed. And, Addis Ababa is still engaged in expanding green recreational and tourism places thither in the metropolis.

Ambassador Park has been renovated with an outlay of 25 Million Birr over the last 25 months while Bitwoded Goshu Woldetsadik Park which is named after the first mayor of Addis Ababa is built at a cost of 101 Million Birr.

The inauguration ceremonies have been attended by government officials, representatives of the diplomatic community and invited guests.

It is indicated that the parks include recreational scenes, libraries and other necessary facilities.