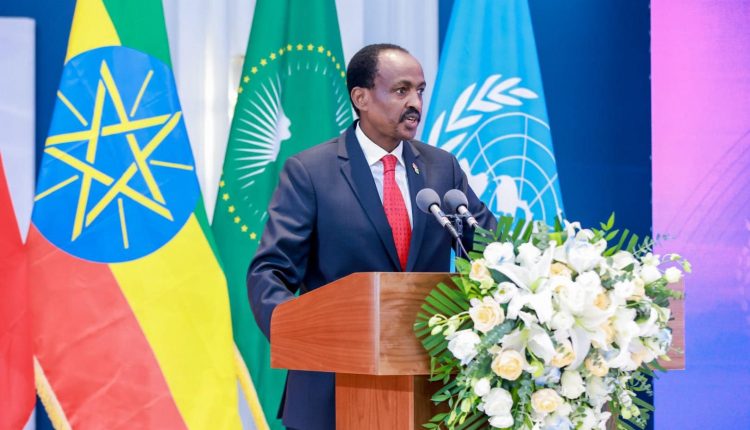 Addis Ababa, September 24, 2022 (FBC) – Ambassador Extraordinary and Plenipotentiary of Ethiopia to China, Teshome Toga, urged Chinese companies to invest in fertilizer production and agro-processing in the region and to conduct joint research and work with agricultural institutions to provide scientific solutions to the challenges they face.

The Ethiopian Embassy in Beijing, in collaboration with the UN in China and the HOA Group, organized a dialogue on Agricultural Cooperation and Food Security in the Horn of Africa.

In his opening remarks, Ambassador Teshome Toga said that agricultural development and food security are priorities for the HOA to overcome the current devastating drought that left millions in a humanitarian crisis.

The Ambassador stated that the wider HOA region, which consists of 8 countries and covers 16.6% of the continental land area, the vast majority of which is suitable for agriculture and has a combined GDP of 292 billion USD, provides ample opportunity for investment and doing business in the region.

The Ambassador noted that, like many African countries, Ethiopia’s economy is mainly dependent on agriculture, which accounts for 40% of the GDP, 80% of exports, and an estimated 75% of the country’s workforce.

He added that prioritizing agriculture and giving it the focus and attention it deserves will enable Ethiopia to move towards self-sufficiency and, ultimately, food security in the coming two to three years.

Furthermore, Ambassador Teshome also stated that summer wheat production and cluster farming, which were launched two years ago by the Prime Minister of Ethiopia, Abiy Ahmed, are very encouraging to overcome the difficulties of smallholder fragmented farming and hoped that in the next two years, Ethiopia would be in a position to export wheat.