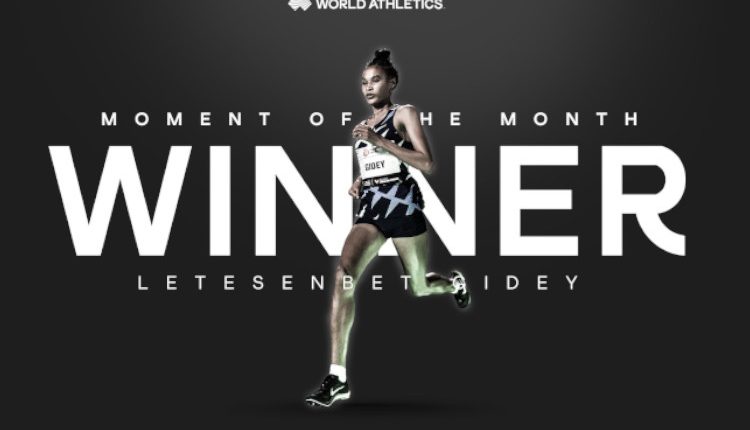 Letesenbet has got 3,370 retweets to become Moment of the Month as per the competition organized by World Athletics on twitter.

“After breaking the women’s 5000m world record Letesenbet Gidey is October’s Moment of the Month.”, World Athletics said in a tweet today.