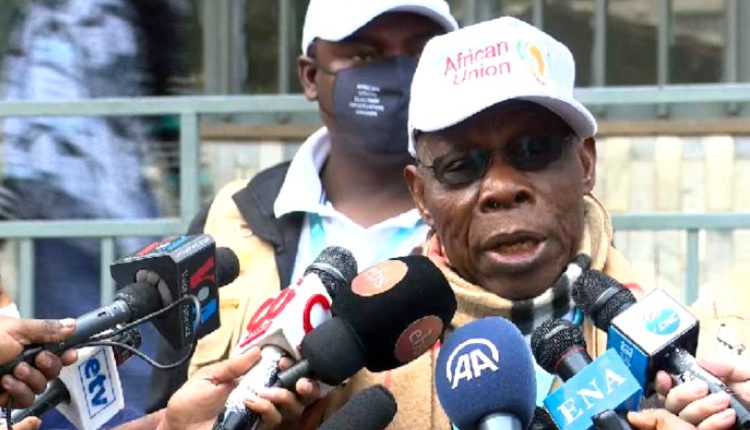 Addis Ababa, June 21, 2021 (FBC) – The Head the African Union Election Observation Mission (AUEOM), Olusegun Obasanjo said that Ethiopia has been conducting a far better election than the previous ones, despite some challenges in some constituencies.

“When we see the general impression of this voting day here, it has been a lot better than elections in the past in terms of opening space for electoral participation, in spite some handicaps,” he pointed out.

Obasanjo said “the handicaps are, of course, understandable. For instance, one of the difficulties is COVID-19 pandemic. Logistics has also become a challenge a little bit.”

However, the delegation leader said the electoral executive bodies of the National Electoral Board of Ethiopia have been giving a swift response and solving challenges effectively.

“The election organizing bodies have been doing their best within the handicaps that I have mentioned. Therefore, preparations to hold the election, despite the difficulties, have gone reasonably well.”

The head said he has observed dozens of polling stations and the voting process in the capital city.

“Today I have gone around Addis Ababa to almost dozens of polling stations. And what I have seen is like what you have been seeing here.

Some of the voters have been going out at six o’clock and some of them even before six o’clock. All of them are patient, and they are casting their votes,” Obasanjo elaborated.

He further stated that party agents in many polling stations are very happy and they did not have complaint so far.