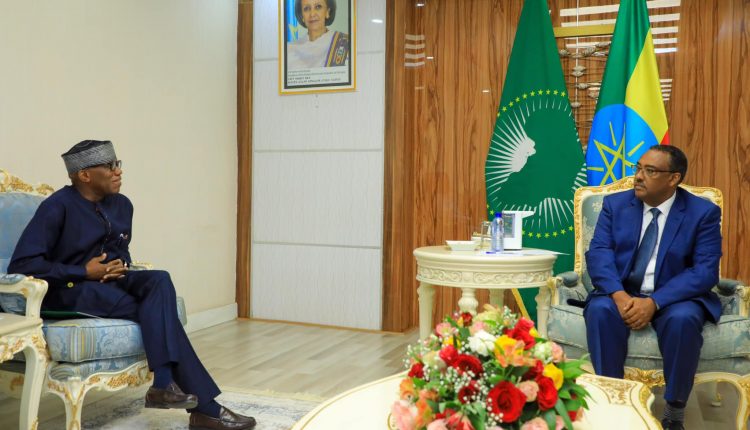 During their discussion, the Deputy Prime Minister and Foreign Minister reaffirmed Ethiopia’s commitment to peacefully resolve the conflict in the Northern part of the country.

Commissioner Bankole Adeoye, on his part, appreciated the establishment of the National Dialogue Commission and ongoing peace efforts to end the conflict in North Ethiopia.

The Ambassador raised his concerns over the skirmishes on the common border of Ethiopia and Sudan, while appreciating the Ethiopian Government’s decision to de-escalate the tension.

The Deputy Prime Minister and Foreign Minister stressed that the incident on the border of the two countries is incommensurate with the longstanding ties between the peoples of Ethiopia and Sudan.

Sudan has unnecessarily tried to internationalize the issue by filing complaints to the Security Council, bypassing the African Union, he added.