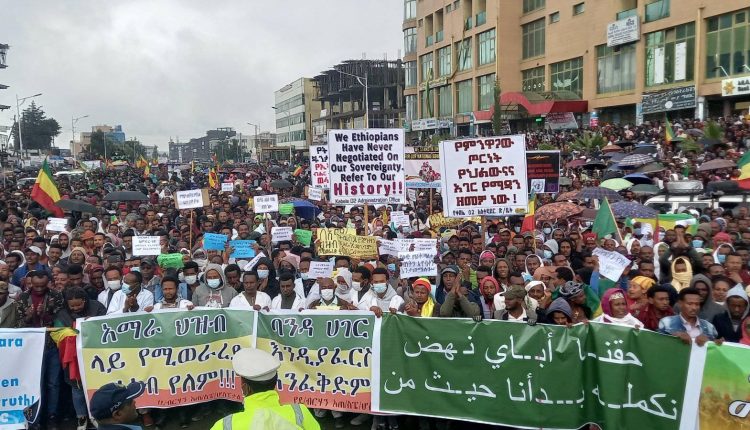 Addis Ababa, July 28, 2021 (FBC) – Thousands of residents of Bahir Dar City and Debre Birhan town have taken to streets to show allegiance for the call from regional state to mobilize against aggression of the TPLF terrorist organization.

Demonstrators in Bahir Dar City have held placards with slogans such as “No More Perpetration against the Amhara People”, “We Fight for Wellbeing of Ethiopia”, “Foreign Powers shall stop Meddling in Ethiopia’s Internal Issues”, “Death is imminent to those Conspiring against Ethiopia,”, among others.

Residnets of Bahir Dar further denounced atroctieis being committed by the terrorist organization in the Northern and North Easter parts of the country.

The reaffirmed strong support for Ethiopian National Defense Force, Amhara Special Force and Militia and Special Forces of the regional stated in defending sovereignty of the nation from threats of the TPLF group.