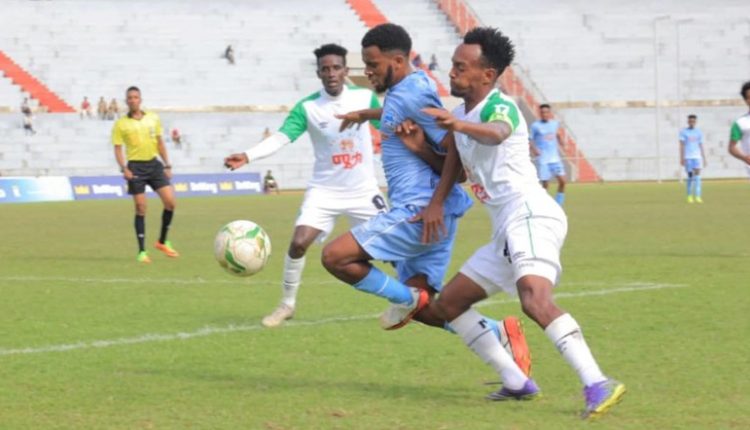 Samuel Saliso has been in fine form for bottom Club Sebeta, and he was again on target in the 17th minute to give them the lead. Sebeta had fought back gamely in their last game losing narrowly by 3-4 to in a pulsating 7 goal thriller.

So, it looked like they will be pushing on from that form as they showed quite some dominance but it will end 1-0 at halftime. Bahir Dar came out smoking in the second half backed by their teeming supporters. They will be rewarded by none other than their Ghanaian Striker, Osei Mawuli on 53 minutes with the equalizer.

The game will end 1-1, a result which makes no progress for Sebeta who remain nestled in the bottom of the log and destined for the lower division next season.

Bahir Dar remain in 10th position with one game to go and depending on other results, may finish as high as 8th if they win their last game. Super Sport

Addisu Yihune, Tsion Abebe get gold and silver at World Athletic U20 Championships…

Addisu Yihune, Tsion Abebe get gold and silver at World…