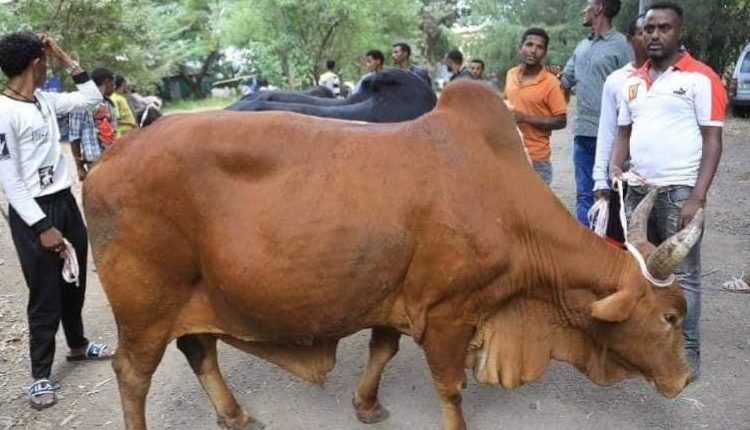 Out of the total oxen, 100 have been donated by Worku Aytenew while the remaining 50 are from Belayneh Kinde.

The support is  said to amount more than 4 Million Birr, according to sources.

Representative of Worku Aytenew and Belayneh Kinde, Sisay Taddesse and Asmamaw Alene handed over the cattle to the regional logistics support mobilization committee at Gondar City.

The Businessmen, via their representatives, pledged continued support till the government accomplishes law enforcement measures it has been carrying out against the TPLF rebel group.

Deputy Chief Administrator of Central Gondar Zone and Coordinator of Gondar area Logistics Support Mobilization Committee, Bantihun Mekonnen said the contribution indicates how the community is supporting the law enforcement measures being taken by the government to ensure law and order.