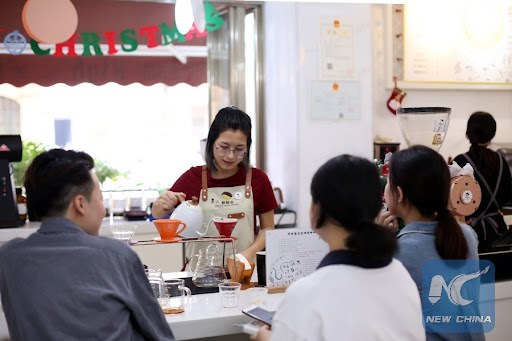 China continues to be among top importers of Ethiopian Coffee

Addis Ababa, October 11, 2021 (FBC) – The Ethiopian Coffee and Tea Authority stated that China continued to be among the top importers of Ethiopian coffee in August.

The Chinese market is becoming a major destination for the nation’s coffee exports, the Authority said.

Ethiopia’s coffee and spices earnings reached 125 Million USD from export of 33,16o tons of both commodities in August although it plant to collect 99 Million USD.

In June, Ethiopia launched an initiative to attract Chinese investors to join hands with local coffee roasters to add value to their products and increase direct coffee exports to China, with efforts seem to be bearing fruit.

A recent report by business networking forum Economist Corporate Network showed how these strengthening trade links between China and Africa are, in part, a result of China’s favorable financial incentives offered to African jurisdictions.

Export of sesame seed to China currently constitutes close to 70 percent of the Ethiopia’s total export of the product to the global market.