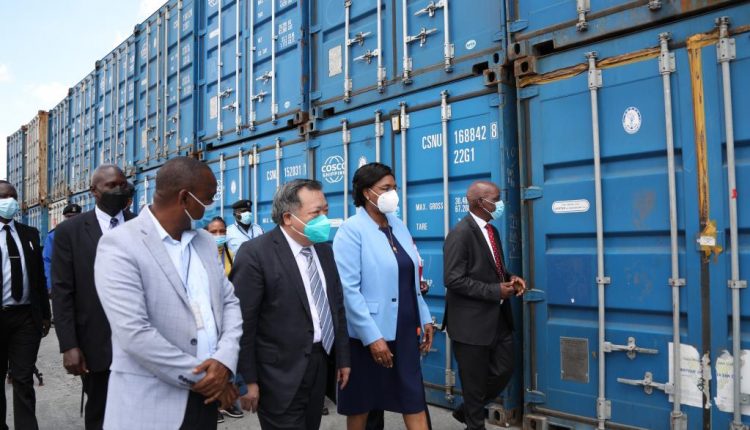 Zhang Yijun, Minister Counselor of Chinese Embassy in Kenya, said in Nairobi that the humanitarian assistance is the seventh of its kind since 2017 when China promised to donate a total of 11,835 tons of rice worth 2.25 billion shillings (about 20 million U.S. dollars).

“Up to now six consignments of the rice donation were already received,” Zhang said during the handover ceremony.

Kenya declared the ongoing drought situation which has affected 23 arid and semi-arid counties and left about 2.5 million people in need of humanitarian support, a national disaster in September.

Zhang noted that the relief food is a good demonstration of the comprehensive strategic cooperative partnership and the profound traditional partnership between China and Kenya.

“We have been helping and supporting each other since the establishment of the diplomatic ties between us,” he added.

The diplomat said that China will strengthen its cooperation with Kenya in various fields, provide more aid to help Kenya improve people’s life, as well as promote social-economic development, which will serve the interests of the two peoples.

“I am happy to note that the donation we are receiving today is a significant support from a friendly government coming in our hour of need which shall greatly assist food-insecure populations,” Kobia said.

She revealed that the rice donation will be distributed to schools in the 23 arid and semi-arid counties.

Kobia added that the relief food is a demonstration of the cordial and mutual relations between Kenya and China.