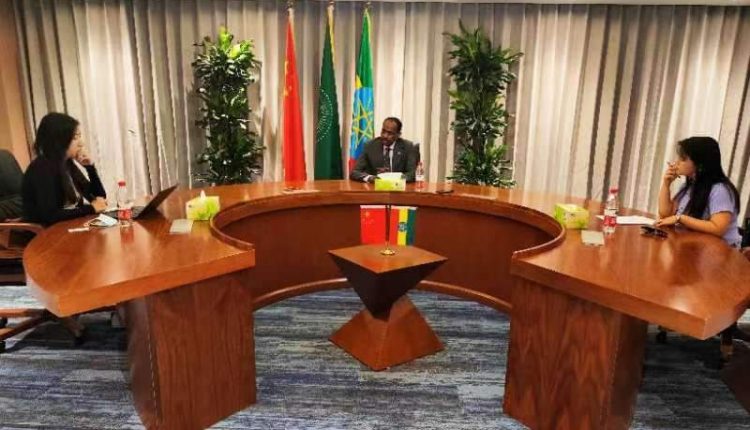 Addis Ababa, August 31, 2022 (FBC) – Ambassador Teshome Toga gave a media briefing to the South China Morning Post and China Radio International (CRI) at the Embassy regarding TPLF’s attack in the northern part of the country and current national issues.

In his briefing, the ambassador explained that ignoring the Ethiopian government’s repeated calls for peaceful resolution of the conflict, the Tigray People’s Liberation Front (TPLF) has started the war again and is committing heinous atrocities on the people of Tigray and the peoples of the neighboring Amhara and Afar regions.

“It’s also looting food and fuel supplies that were transported to the Tigray region for humanitarian aid purposes, ” said the Ambassador.

Moreover he called on the international community to refrain from the unbalanced expression of “the two sides” and to condemn the atrocities being committed by the TPLF and to support the government’s call for peace.