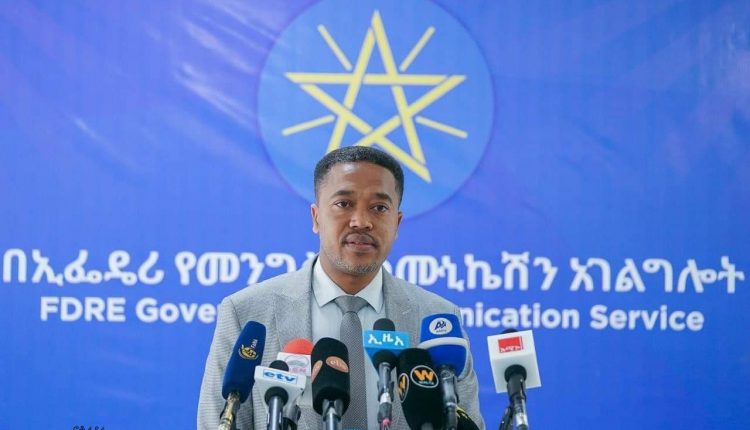 Addis Ababa, August 30, 2022 (FBC) – In a press briefing, the Government Communication Service stated that the Government of Ethiopia has registered a remarkable record of accomplishments in several sectors during the concluding Ethiopian Year.

Citing conflict, drought and inflation as major challenges Ethiopia went through, State Minister Kebede Desisa told the media that the government has managed to tackle the bottlenecks and accelerate the ongoing changes.

According to Kebede, the government has successfully countered the aggression of Terrorist TPLF and thwarted its evil plan to dismantle the nation. He said that the Government forces have effectively repelled the insurgency of terrorist Al-Shabab.

The government has also registered success in responding to humanitarian needs of people affected by the drought situation in various parts of the country through timely delivery of assistance.

Continuation of the construction of the Grand Ethiopian Renaissance Dam (GERD) completion of third round filling of the dam reservoir and commencement of power generation from the second turbine of the dam are also among the achievements gained during the concluding Ethiopian year,  as to the State Minister.

Successful completion of the Green Legacy Initiative with planting of a total of 25 billion trees has also been cited as a staggering achievement of Ethiopia that the world has marvelled at, he added.