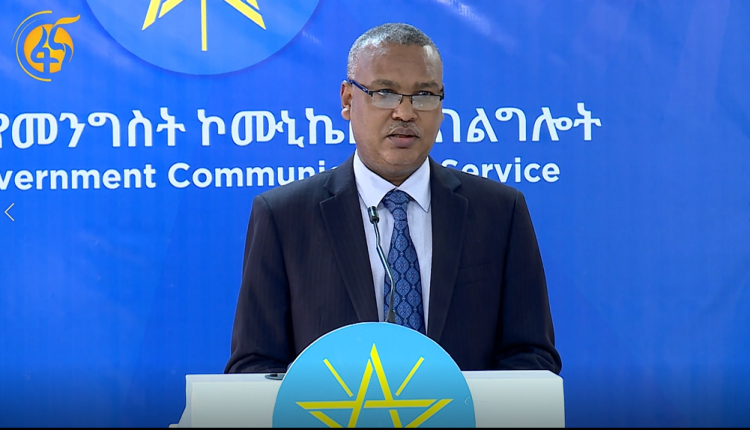 Addis Ababa, January 5, 2022 (FBC) – The decision of the government not to enter Tigray region is aimed at giving the people of Tigray ample opportunity to rise up against the terrorist TPLF and defend their rights and privileges, according to Government Communication Services (GCS).

In a statement issued today, Government Communication Service Minister Legesse Tulu added the decision also aimed at providing chance for the people in Tigray to reflect about the situation in the region and fight for their rights by dissociating themselves from the terrorist TPLF.

He further noted that the people of Tigray have been facing numerous socio-economic challenges and are ready to play their parts in tackling these challenges.

If the people want their rights and privileges to be respected, they should exert efforts to stop the warmonger TPLF, which wants to live at the expense of war, and not to repeat the dragging of their children for another round of war.

The minister urged the people in Tigray to fight against the group that has been ruining their lives.
He also called on all Ethiopian and Tigrayan communities in the diaspora to play their parts in rehabilitating the people of Tigray and help them resume peaceful life.

All Tigrayan Ethiopians in the diaspora should help the people in the region to fruitfully use the chance given to them for the second time to ponder about the existing situation and act accordingly.

Normal life, including the commencement of social and administrative services as well as air transportation, telecom, electric, and bank services, has been restored in areas liberated from the terrorist TPLF.

Efforts have also been underway to resume the teaching and learning process, ENA quoted the minister as saying

Legesse said the government of Ethiopia appreciates the Ethiopian diaspora who have been arriving in the country following the call made by Prime Minister Abiy Ahmed.