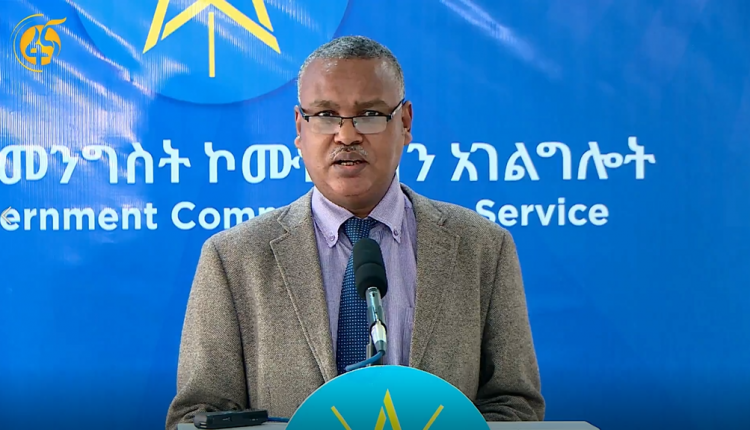 Addis Ababa፣ January 12, 2022 (FBC) – The recent decision of the government to terminate the proceedings of some prisoners does not diminish its victory but creates favorable situation for a lasting victory, according to Government Communication Service (GCS).

Briefing the media today, Government Communication Service Minister Dr Legesse Tullu said the government believes that it is important to address differences that have been reflected by both political elites and the community not only in formal justice but also through reformative transitional framework.

As one of the actors, the government needs to create a conducive political environment for inclusive consultation and pay any sacrifice for the success of the process, he added.

Considering the long-term public and national interests and for the sake of inclusiveness and success of the national consultation, some prisoners were therefore released, the minister stated.

There are two main objectives to achieve, Dr Legesse said, adding that the first is to create a favorable political environment to solve the socio-economic and political problems in Ethiopia through a national inclusive dialogue that ensures lasting peace and security.

The second is to build a secure democracy, strong national unity and political decision to protect the sovereignty of the county from any threat. The government will never allow the past to be repeated and divisive practices to prevail. It does not negotiate on these issues, he stressed.

The country will benefit if the released beneficiaries use the forum properly, he pointed out, adding that if they abuse and miss out the opportunity, the first victim would be the communities they represent.

Dr Legesse underscored that “the decision taken by the government does not diminish our success, but paves the way for lasting victory,” according to ENA.