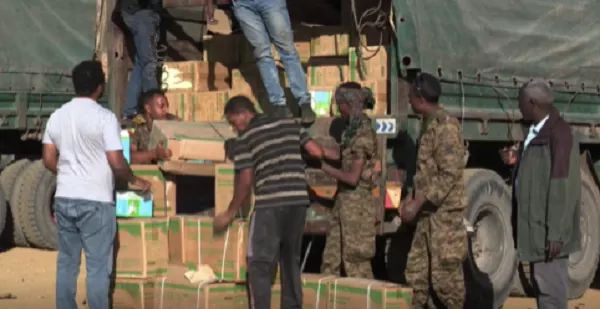 Addis Ababa, January 30,2021 (FBC) -The Ethiopian National Defence Force has seized four trucks of medicines and medical supplies looted from the North Command’s hospital and medical logistics by the TPLF.

The trucks were packed with medical supplies which could be used during war including gloves, medical beds and various  types of medicines, he said.

According to Colonel Tesfaye,  the medical supplies will be redistributed to the north command hospital and other army divisions.