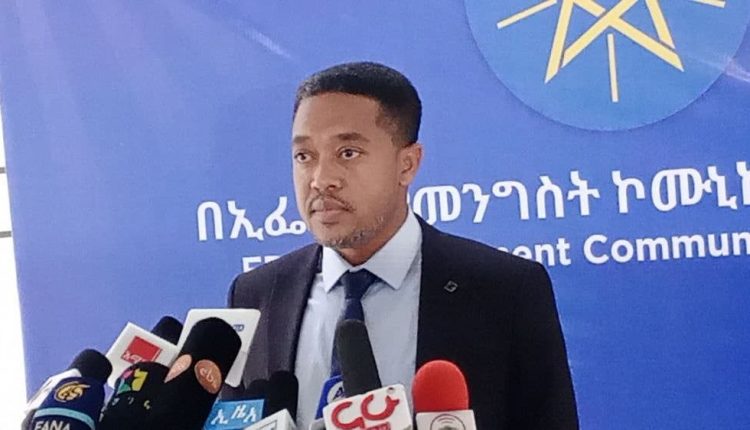 Addis Ababa, November 2, 2021 (FBC) – Government Communications Service, in a press briefing, said that external forces are easing diplomatic pressures on Ethiopia as senior government officials and diplomats are shedding light on realities in the country.

State Minister of the Government Communications Service, Kebede Desisa told journalists that Ethiopia’s participation in Forum on China-Africa Cooperation (FOCAC) which held in Dakar, Senegal is considered as a success in correcting distorted narratives on Ethiopia.

The Forum has enabled Ethiopia make the world community clear about the current situation and shed light on the truth that was blackened by disinformation and media propaganda.

State Minister of the Ministry of Foreign Affairs, Redwan Hussien briefed Foreign Affairs Ministers of various countries on what is really happening in Ethiopia.

The official visit of the Foreign Affairs Minister of China, Wang Yi has also played a crucial role in telling the world that Ethiopia has loyal partners and friends at this time of need, Kebede explaned.

Kebede added that the #NoMore hashtag campaign has turned an African campaign and attracted more friends for Ethiopia from all corners of the world, he noted.

Addis Ababa remains calmer and safer more than any other capital cities in the world despite continued alerts from embassies of various countries, he added.