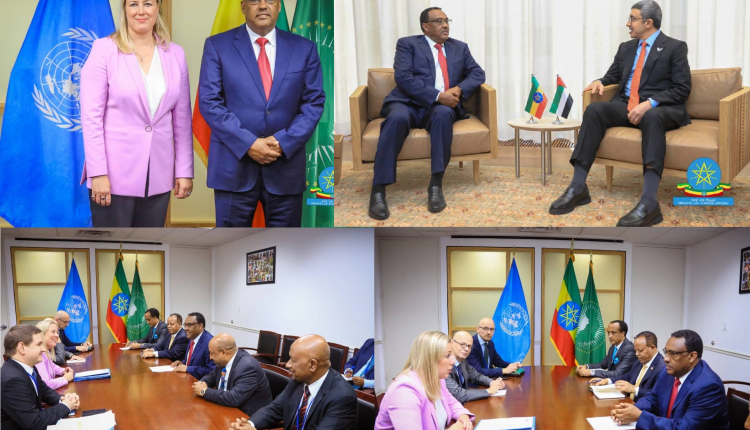 DPM & FM Demeke stressed that the two countries should scale up their relationships to further strengthen mutually beneficial outcomes.

For his part, Sheikh Abdullah bin Zayed bin Sultan Al Nahyan, noted the potential of the two countries to cement ties in trade and investment.

During their conversation, DPM & FM Demeke discussed the current conditions in the northern region of Ethiopia and expressed his country’s keen interest in reinvigorating relations with the EU.

According to Jutta Urpilainen, the European Union wants to see peace in Ethiopia and stands ready to support development efforts of the country.

In a separate conversation, Peter Maurer, president of the International Committee of the Red Cross (ICRC), and DPM & FM Demeke discussed the importance of continuing to work with the Ethiopian government and the ICRC’s commendable activities in Ethiopia.