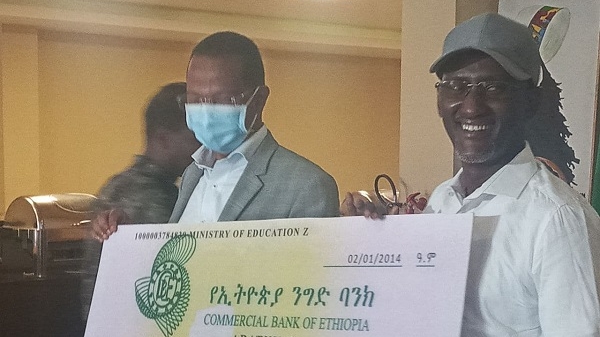 September 13, 2021 (FBC) –  The National Emergency Coordination Centre Ministerial Committee has provided a total of more than 102 million Birr worth humanitarian assistance in kind and cash to displaced people due to the heinous attack orchestrated by the terrorist TPLF in Afar region.

The Committee led by Minister of Peace Moferihat Kamil has handed over the humanitarian assistance to the Chief Administrator of Afar Regional State, Awol Arba today in Semera.

Of the more than 102 million Birr worth humanitarian relief, 60 million Birr was provided in cash while the remaining in kind, according to ENA.

The support was solicited from several government institutions including Ministries of Revenue and Customs, Urban Development and Construction as well as Housing Development Corporation, among others.

During the handing over ceremony, the Chief Administrator said due to the heinous attacks of the terrorist TPLF, the region has incurred human and material loss including damages in infrastructures.

It is to be recalled that hundreds of thousands have been displaced due to the terrorist TPLF’s aggression in Afar and Amhara regions.