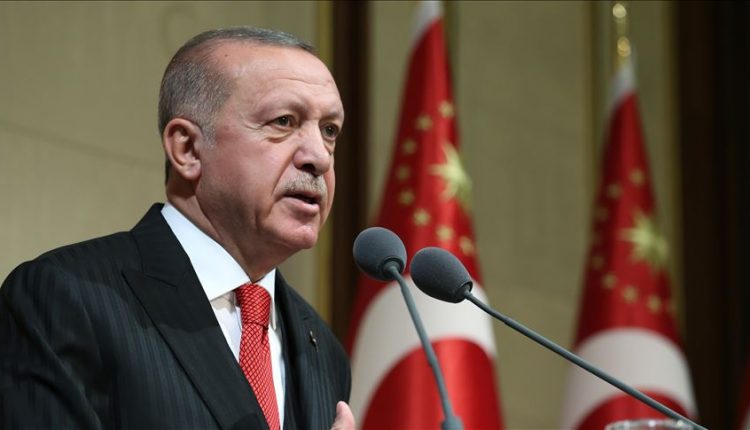 Erdogan calls on Europe to support Turkey’s moves in Libya

Addis Ababa, January 18, 2020 (FBC) – Turkish President Tayyip Erdogan has called on Europe to support its work in Libya, where it is providing military support to the internationally-recognized government, if it wants to end the conflict there.

Erdogan made his remarks in a column published on the Politico website on Saturday, ahead of a summit in Berlin on Sunday that will try to stabilize the country.

At the meeting, Germany and the United Nations will push rival Libyan camps fighting over the capital, Tripoli, to agree to a truce and monitoring mechanism as first steps toward peace, diplomats and a draft communique said.

Turkey supports the government of Fayez al-Serraj in Tripoli and describes Khalifa Haftar, who heads the eastern Libyan National Army (LNA), as a coup plotter.

Sunday’s summit will put pressure on Haftar and the LNA to halt a nine-month offensive against Tripoli after a week-long lull in fighting.

But it will not try to broker power-sharing between the two sides, said diplomats briefed on preparations.

Haftar and Serraj are both due in Berlin – along with Erdogan and the leaders of Russia, Egypt and other Western and Arab powers.

Libya has been in turmoil since the fall of Muammar Gaddafi in 2011.

Haftar is backed by the UAE, Egypt, Jordan, Sudanese and Chadian fighters, and most recently Russian mercenaries. France has also given some support.

On the other side, Turkey has supported Serraj by sending troops to balance out recent gains by Russian snipers. Hundreds of pro-Turkey fighters from Syria’s war have also been deployed, diplomats say.

PM meets with leaders of political parties to discuss…