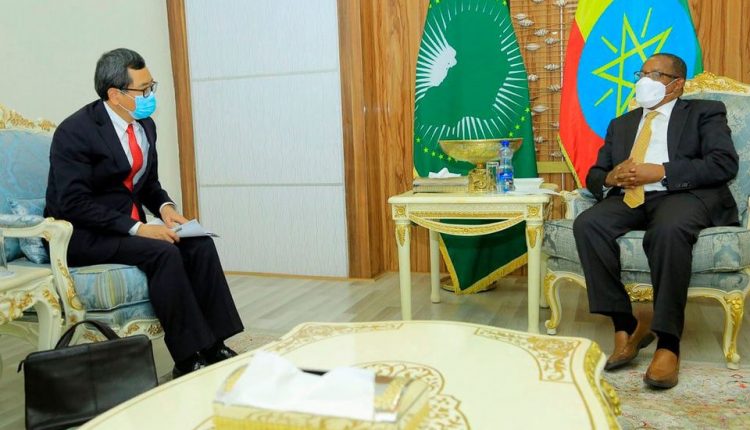 During the talks, Gedu thanked the ambassador for his outstanding service during his stay in Ethiopia.

He said the relations between Ethiopia and China grew exponentially in politics, investment, trade, people-to-people engagements, and tourism during his stay in the country.

The minister also commended the immense contribution of the Chinese ambassador to the completion of the Sheger project on time and Ethiopia’s fight against the COVID-19 pandemic.

Ambassador Tan Jian thanked the government and the people of Ethiopia for helping him spent a successful tenure in the country.

He promised to work to strengthen the relationships between the two countries when he returns back home.