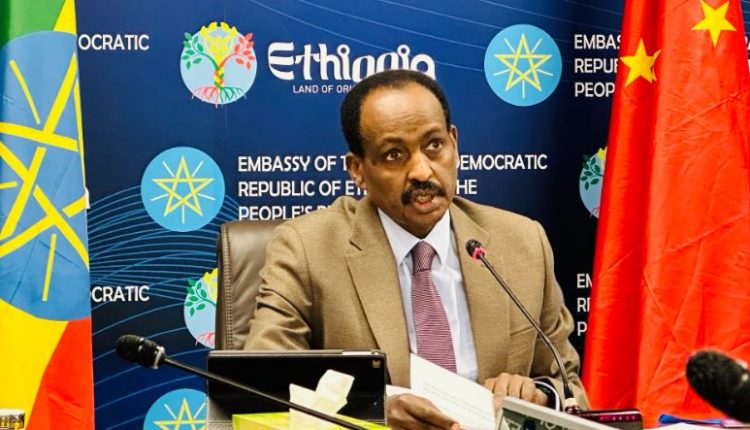 Speaking on the promotion event, Ambassador Teshome Toga pointed out that, Soya bean and Mung beans have been one of dependable source of foreign currency earnings and revenues for many years to Ethiopia.

He added that, the quality and high nutrition content of these products have been championing the global pulse market and became the most demandable agricultural products.

Soya beans and Mung bean products are among the most sought-after agricultural products Ethiopia offers to the world, and huge in demand in the Chinese market.

The Ambassador also explained that, even though the trade balance is in favor of China, bilateral trade volume has reached 2.19 billion USD, of which Ethiopia’s export grew at eight percent for two consecutive years.

According to Ambassador Teshome, under the new Trade Promotion program of FOCAC, China is expected to open “Green Lanes for African Agricultural Exports’’ and further increase the scope of products which will enjoy zero tariff treatment in a bid to increase imports from Africa.

The Ambassador believed that, the program will open more opportunities for countries like Ethiopia which are aspiring to increase their exports to the huge Chinese market.

Furthermore, Ambassador Teshome called upon Chinese companies to take advantage of Ethiopian trade and investment potential and consider Ethiopia as one of their preferred destinations.

China Chamber of Commerce for Import and Export of Foodstuffs, Native and Animal By-products (CFNA), Cao Derong, on his part said that, China has become Ethiopia’s largest trading partner, mainly importing on agricultural products. He added that, the export of Mung bean and Soya bean to China is in its infancy, but has become an important part of our agricultural trade with huge potential to grow.

He finally confirmed that, the Chamber is determined to further strengthen exchanges and cooperation with Ethiopian Embassy, the associations and commercial companies in Ethiopia.

According to the Embassy, 124 Chinese and 10 Ethiopian import and export companies participated at the online promotion event.