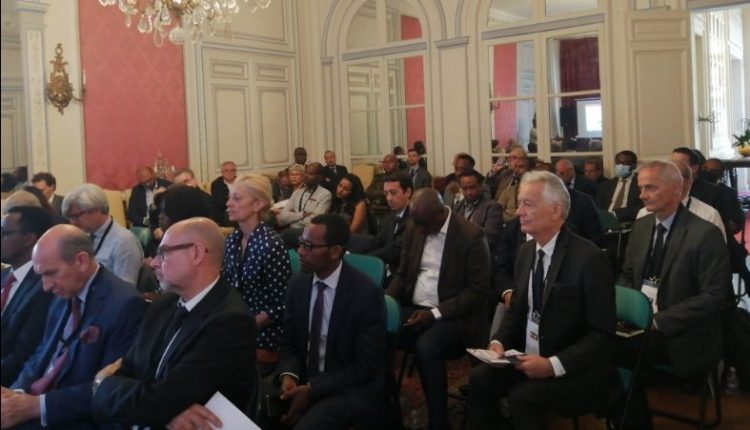 Addis Ababa, June 29, 2022 (FBC) – The Ethiopia-France Trade and Investment forum that brought nearly 60 Ethiopian and French Companies and Government Institutions together was held in the commemoration of the 125th anniversary of the diplomatic relations between Ethiopia and France.

At his opening speech, Ambassador Henok asserted that the two countries have a longstanding diplomatic relation and that the support of France to Ethiopia’s effort in realizing modernization with the construction of Ethio-Djibouti railroad at the end of the 19th century played an essential role in opening the country to investment and trade flows.

He also mentioned that the friendship of the two countries were further strengthened by the support of the Free France forces in 1941 against fascist occupation where over 150 French soldiers paid the ultimate price in support of the liberation of Ethiopia.

Ambassador Henok also noted that the political relations of the two countries have been qualitatively and quantitatively scaled up with the coming to power of Prime Minister Abiy Ahmed in 2018.

In this regard, Ambassador Henok stated that the reform agenda of the Prime Minister, namely the democratization of the country and the liberalization of the economy, found a strong echo in France.

The political developments created conducive conditions for increased French economic presence and as a result new actors have appeared such as Canal+ in 2021 with an investment of over 70 million euros in the creative industries and the Soufflet Group, with barley production engaging over 50,000 Ethiopian farmers and an outlay of 50 million euros alongside historical economic actors such as Total Energies, added Ambassador Henok.

Speaking about the political situation in Ethiopia, Ambassador Henok asserted that the recent conflict in the Tigray region of Ethiopia was initially triggered by the Tigray People’s Liberation Front (TPLF) that has governed the country for the last 30 years.

TPLF waged a war against Ethiopia though its plan failed thanks to Ethiopians who rallied to save their country and ensure the continuation of the reforms, added Ambassador Henok.

In this regard, Ambassador Henok also mentioned that the Government has declared a unilateral ceasefire in order to show its commitment to peace in addition to taking the necessary actions to ensure peace in the country.

Ambassador Henok noted also that even during the difficult period in 2021, Ethiopia’s economy has shown strong resilience, continued foreign direct investment and growth of exports, attaining over 3 billion dollars for the first time. He concluded his speech stressing that investors would be encouraged to come and invest in Ethiopia.

The forum was concluded by the B2B meetings held among the Ethiopian and French Business owners participated on the forum.