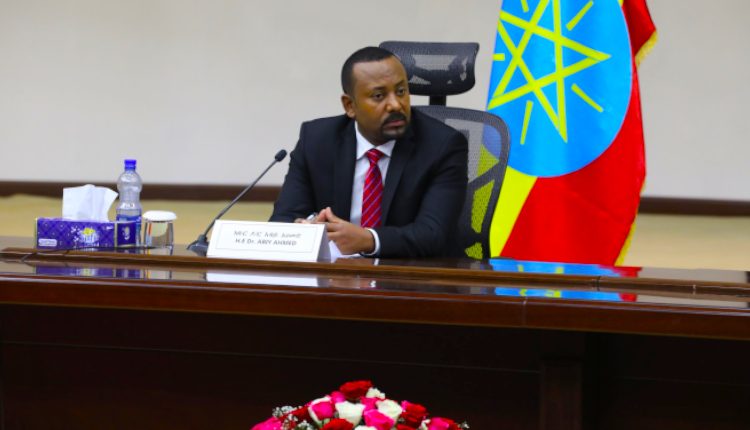 Ethiopia is a country that knows diplomacy: PM Abiy Ahmed

Addis Ababa, November 30, 2020 (FBC) – In his explanation at the 6th year 2nd extraordinary session of the parliament, Prime Minister Abiy Ahmed underlined that Ethiopia is a country that Knows diplomacy, and a nation contributed to the existence of international organizations.

“Ethiopia is a founding member of the United Nations and African Union. My message to friends of Ethiopia is that we may be poor but we are not a country that will negotiate our sovereignty. Threatening Ethiopia for coins will not work.” Prime Minister Abiy stressed.

“We have proven that making good relationship with neighboring countries rewarded us with good results,” note Prime Minister Abiy, saying “Imagine what might have happened if we did not reconcile with the neighboring Eritrea.

The decision to accept the Algiers agreement and translate it in to action was made by the assembly of the then Ethiopian People’s Revolutionary Front (EPRDF), but the TPLF Junta tried to impede the reconciliation, said the premier.

The people of Eritrea have shown us how the outcomes of the restoration of peace between the two countries benefited both, the premier said.

Eritreans sheltered troops of the Ethiopian National Defence force who fled the unexpected assault from the TPLF Junta forces, and offered them a warm care with full spirit of companionship, Abiy said.

The people of Eritrea practically showed us how the peace agreement reached between the two countries brought many positive things to them.

Prime Minister Abiy has expressed gratitude to the people and governments of Eritrea, Sudan, Djibouti, Somalia, Kenya and South Sudan for their support to Ethiopia during the law enforcement measures.

Premier stressed need to further strengthen the relationship between neighboring countries based on mutual interests.