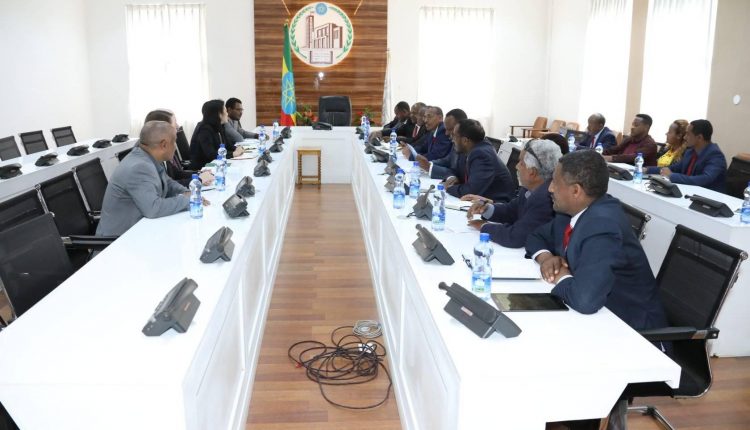 The discussion mainly focused on Ethiopia’s accession to the Organization.

Members of the Standing Committee told Ambassador Alan Wolff, Deputy Director-General of WTO and head of the delegation, that Ethiopia is keen to join the organization.

Ambassador Alan Wolff for his part said he is hopeful that Ethiopia’s bid to become membership of the organization could get answer by the end of this year.

The two discussed ways to expedite the process in Ethiopia’s longstanding efforts to be part of the multilateral trading system.

Over 85,000 ha land in Amhara Region planted with soyabean: Agency

US Move to Ban Ethiopia from AGOA “Unacceptable”

Over 85,000 ha land in Amhara Region planted with soyabean:…