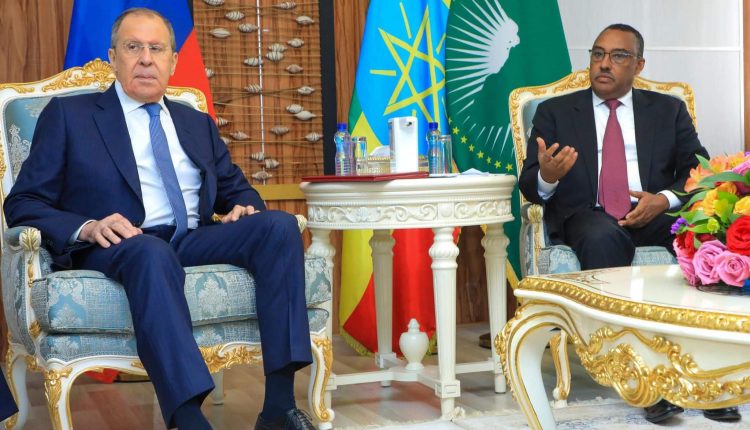 Demeke, while briefing the press following the discussion, said that the fruitful discussion the two ministers had reaffirmed that Ethiopia and the Russian Federation have shared values and interests in various areas.

He said, the two sides have agreed to continue strengthening their relations in terms of economy, trade, science and technology.

Regarding the tripartite negotiation of the Grand Ethiopian Renaissance Dam, the Deputy Prime Minister and Foreign Minister explained Ethiopia’s commitments to be abide by principled discussions that pave the way for mutual benefits.

During the discussion, the Deputy Prime Minister and Foreign Minister indicated that Ethiopia attaches significant importance to the longstanding historical relations with the Russian Federation and appreciated Russia’s unwavering support to Ethiopia during difficult times of need.

Demeke said Ethiopia believes that Russia and Ukraine can solve their differences with peaceful dialogue. He further reaffirmed rAddis Ababa’s readiness to host the second Russia-Africa Summit next year.

The Russian Foreign Minister Sergey Lavrov, on his part, handed over to Demeke, the message sent by Russian President Vladimir Putin to Prime Minister Abiy Ahmed.

Lavrov also called the Ethio-Russia relationships delightful and effective while noting the need to hold a meeting of the joint commission of the two countries.

He also said Russia is committed to enhance partnership in the cultural and humanitarian sectors, pledging commitment to enhance the military technical cooperation between the two countries in a way to enhance Ethiopia’s capacity in the defense sector.

He said Russia is ready to strengthen its projects in Ethiopia in the public health sector based on activities being carried out by the Russian Red Cross Hospital in Addis Ababa. The Russian Foreign Minister further said that Russia would continue to work together with Ethiopia on international and regional issues.