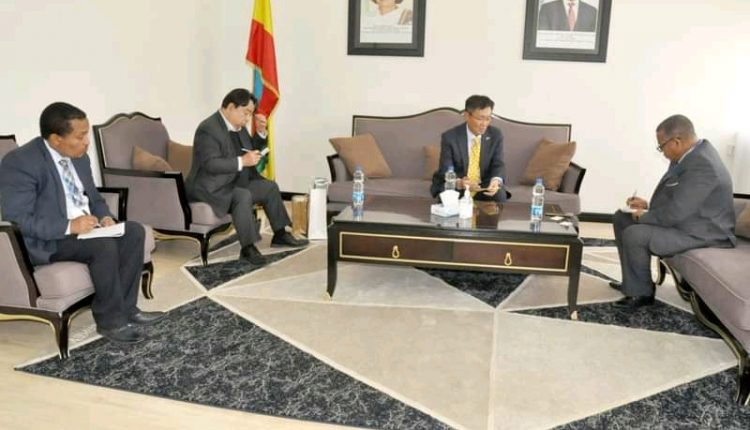 In their discussion, they advised on the conditions to strengthen the trade ties between the two countries and to engage in investment in the future.

Ethiopia and South Korea are countries that have a long-established relationship. Though the trade relationship between the countries is growing, it has not reached the desired level, the officials said.

He pointed out that there is a desire to work more with South Korea, emphasizing that it is important to review the existing trade agreement and work to develop it into a bilateral trade and investment agreement.

The Minister also explained that in order to help strengthen the trade ties, capacity building should be carried out by boosting the capacity of the private sub-economy and government professionals, facilitating technology transfer, sharing experience and knowledge, and improving the free market system and negotiation capacity.

On his part, Ambassador Kang Seokhee stated that it is important to sign a bilateral investment agreement so that South Korean investors can come and invest in Ethiopia in the future and benefit from the wide market.

He also further stated that his country is bidding to organize the World Expo in 2030.
He, then, requested for Ethiopia’s support to win the competition, as per the Ministry.