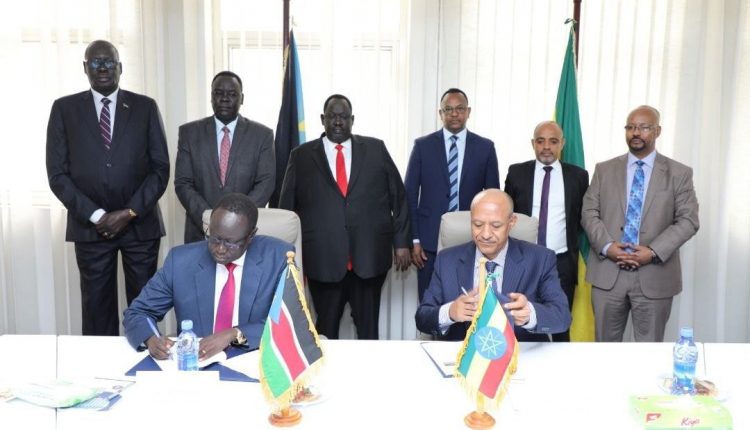 Addis Ababa, August 17, 2022 (FBC) –  Ethiopia and South Sudan have signed a Memorandum of Mnderstanding to jointly prevent terrorism, armed groups and organized crime in the region.

The agreement states that the countries will work together to control and take action against terrorist groups, rebel forces, armed groups and organized criminals who have taken the mission to disrupt peace and security in the border areas and destabilize the East African region.

In addition, it has been pointed out that both countries will work together to prevent illegal arms trafficking, organized crimes in the border area, illegal money and drug trafficking, economic fraud and crimes related to information technology.

According to the National Intelligence and Security Service, the agreement reached will further strengthen the strategic partnership between Ethiopia and South Sudan and allow them to exchange and share information when there are current changes related to political, economic and security issues in the Horn of Africa and Africa.

In addition, the National Intelligence and Security Service has signed a memorandum of understanding to cooperate with the Civil, Citizenship, Passport and Immigration Registration Directorate of the Ministry of Internal Affairs of South Sudan.

The agreement aims to cooperate and work together so that the activities of the citizens of the countries are peaceful and their freedom is guaranteed.

The information indicated that the agreement will play a significant role in ensuring that the activities carried out especially at the border and other areas are carried out in a way that protects the social and economic benefits of the citizens of the two countries.

Members of Bureau of Pan-African Parliament on a working…