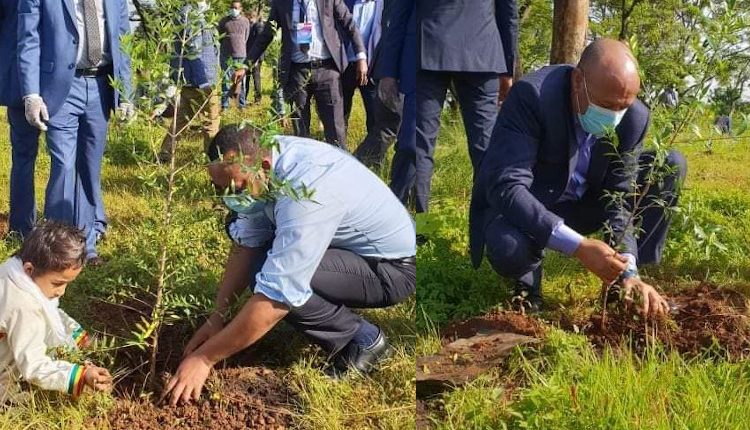 On the occasion, the premier said the country has achieved its plan set to plant 5 Billion trees ahead of the remaining one month rainy season time.

He expressed gratitude to all Ethiopians for actively responding to the call for the greening campaign and placing their finger prints in the green legacy initiative.

Ethiopia is set to plant 6 billion trees in 2021 rainy season as per its arrangement to plant 5 billion till the end of coming four years.

The premier affirmed that Ethiopia will avail 1 billion trees to neighboring countries as per its aspiration to help green the region too.

The finalization of Ethiopia’s Green Legacy Initiative and the commencement of full operation of the Grand Renaissance Dam will fall in same historical time after four years, the Prime Minister underscored.

“We started this year’s Green Legacy in Hawassa and we close it in Bahir Dar. In between two ceremonies in two lake towns, Ethiopians have once again shown we can rise to the occasion of planting our generational legacy.”, Prime Minister Abiy tweeted.