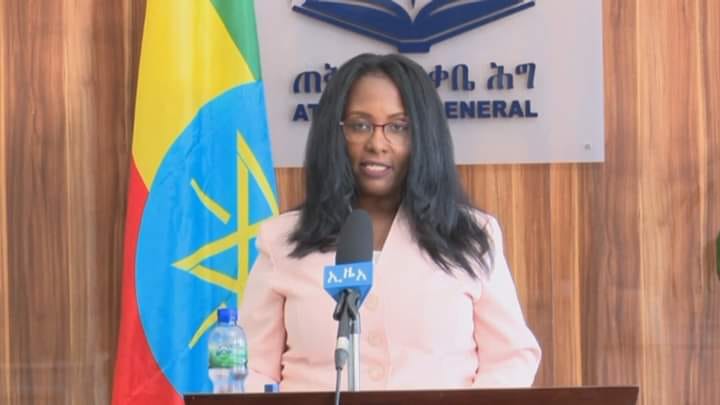 Addis Ababa, April 11, 2020 (FBC) –The Federal Attorney General has unveiled the rule for the state of emergency declared to fight coronavirus (COVID-19).

The Ethiopian Parliament yesterday endorsed the state of emergency declared by the Council of Ministers to curb the spread of the virus that has so far infected 69 people and killed another three.

Attorney General Adanech Abiebie today gave details of the rule for the state of emergency declared in accordance with article 93 of the constitution.

According to her, the rule prohibits religious or political or any other forms of social gatherings of more than 4 persons.

If four people get together, they should keep a two-meter distance between themselves. However, funeral services and other important issues could be entertained in special case, she said.

Though the rule allows inmates to meet with their defence lawyers, it bans visits to prisons.

All activities at border area are also prohibited, except cargo and freight transport services, she said.

The rule further forbids eviction of tenants  from rented houses unless the tenants want to leave, increasing house rents, laying off workers and termination of employment during the period of the emergency decree.

The rules also bans sporting events, playground gatherings, and shaking hands as well as prohibits vehicles used for the transportation of passengers from carrying more than 50% of their capacity.